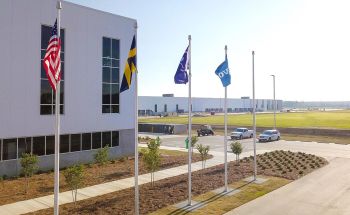 With five straight years of record sales in sight, Volvo is shifting production of its top-selling SUV overseas to avoid President Trump’s steep import tariffs. The automaker will move the manufacturing of U.S.-bound models from China to Europe in the face of the new duties placed by Washington on Chinese imports.

Volvo’s U.S. sales this year rose 40 percent in the first half, and the company recently invested $1.1 billion in opening its first U.S. plant in South Carolina. Mass production of its new-generation S60 sedan is scheduled to start there next month. Unfortunately, the company’s Carolina plant isn’t designed for building the XC60 and won’t be prepared for building the next-generation XC90 SUV until 2021.