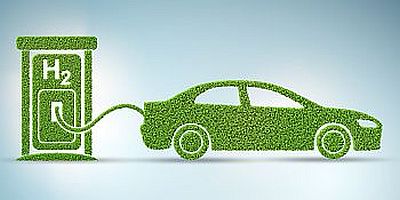 Japan’s Toyota Motor Corp put its revamped Mirai hydrogen fuel cell car, with 30% greater range, on sale on Wednesday in a fresh push to promote the zero-emission technology amid rapidly growing demand for electric vehicles, including its own.

The new Mirai launch comes after Prime Minister Yoshihide Suga announced a goal in October to cut Japan’s carbon emissions to zero by 2050, in line with a European Union target and ahead of a pledge by Chinese President Xi Jinping to make his country “carbon neutral” by 2060.

Rather than produce a cheaper car, Toyota said it wants to lure drivers with longer range – enough to drive around 800 kilometres (497 miles) without refueling – added features such as autonomous parking and a lower, sleeker design achieved by moving the hydrogen power unit to the front of the vehicle from under the car.

Dec 13, 2020connieshedron
New UK Police Speed Gun Can Read License Plates From Nearly Half a Mile Away—at NightGive Back While You're Staying Home