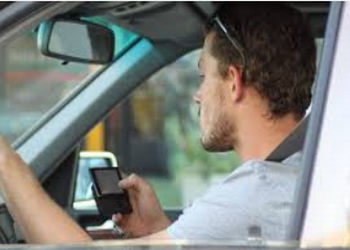 It’s a fact that under the watchful eyes of superiors and peers people who work in offices and factories aren’t very likely to break the law or their employers’ standards of conduct. But it’s a different story when it comes to people who work in a mobile office, a term that aptly describes a fleet vehicle.

It’s also a fact that 94 percent of all accidents are caused by driver error, including acts of commission and omission. Chief among these are speeding, tailgating, using a cellphone, and engaging in all sorts distraction.

One more fact connects these dots: when employees know their behavior is being monitored and measured, and that there are consequences for poor performance, they improve their performance. The logical conclusion here is that if a fleet wants to reduce its accident rate, it needs to put eyes in the mobile office, to monitor and measure the behaviors of its drivers.

This isn’t a conclusion that fleets have failed to reach on their own. For more than 20 years, the industry has relied on motor vehicle record reports (MVRs), at first if only to be sure their drivers are licensed and later, to begin to identify and intervene, in one way or another, with their riskier drivers.

Today, it’s commonplace for fleets to conduct mass MVR checks of their drivers once a year. Many conduct another check when a driver has an accident. Some go a bit further, and check twice a year, which gives them a closer look at driver behavior.

The problem with these frequencies, however, is that they leave their drivers unexamined for 182 to 365 days a year, plenty of time for drivers to exhibit unsafe behavior and, without administrative or managerial feedback, to be more inclined to drive carelessly. Worse, these gaps in driver views leave employers open to multi-million dollar lawsuits based on their negligence in allowing objectively high-risk drivers to remain on the road without any attempts to take them off the road or make them better, safer drivers.

It’s this kind of gap that is perilous, but with today’s technology it can not only be narrowed, it can be closed altogether, with dramatic reductions in accidents and associated injuries, fatalities and costs. How? Three ways:

1) Continuous driver MVR monitoring. In truth, the purveyors of this kind of service are exaggerating their claim, because it’s not accomplished in real time. Instead, the service provides monthly updates, notifying fleets of any new driving convictions suffered by any of their enrolled drivers over the previous month. The service is made possible by the fact that most states allow authorized parties to connect to their MVR data base electronically.

While this technique goes a long way to closing the driver monitoring gap, it doesn’t eliminate it. MVRs only capture events for which the driver has been caught, not the ones he or she got away with. For that, fleets have to adopt two more approaches.

2) Telematics. Accelerometers that are installed with these systems allow fleets to record data on driver behavior for every second a vehicle is in motion. What they can capture is whether the driver is exceeding the posted speed limit, any additional speed limits imposed by the fleet safety policy, all jack-rabbit starts, hard braking events, and even whether the driver is using his or her seat belt.

This a lot of data, but these systems can come with the ability to digest and analyze the data and provide a scorecard, compiled in real time, on each and every fleet driver, and issue alerts to fleet safety administrators, as well as reports that are sent to drivers and their supervisors. Some of those reports benchmark each driver against a designated peer group, which can be used to generate competition among drivers for the lowest or most-improved score.

As much as this eliminates the time gap for monitoring driver behavior, it doesn’t capture one risk-raising behavior: distraction. For that, fleets need the third technology.

3) Driver cameras. As long as we’re reciting facts, here’s another one: safety experts and even the police themselves acknowledge that the role of smartphones and other electronic devices as a factor in causing accidents is under-reported. The obvious reason is that the offending driver has to admit he or she was device-distracted, and there’s a natural disinclination to admit the offense.

One solution, of course, is to examine the smartphone records of any driver involved in an accident. Some fleets do this, but many don’t. But using a cell phone isn’t the only possible distraction. Enter the dashboard driver camera, which records simultaneous views of the both the driver and the road ahead, and retains the ones immediately before the impact of an accident. The cameras can also help detect whether an accident was due to using a cell phone, engaged in some other kind of distraction, or was fatigued or otherwise impaired.

Providers of these kinds of services cite instances where fleet accident rates were reduced by as much 25 to 30 percent from their offering alone. In combination, the results could be more dramatic. Again, the key is for drivers to realize that every second of their time behind the wheel is being monitored.

Of course, these services and systems don’t come free, but remember: according to the U.S. National Highway Traffic Safety Administration, the average fleet accident costs employers more than $24,000, when all direct and hidden costs are included. That’s the basis for making a solid case for a dramatic return on investment in proven, easily available technology.