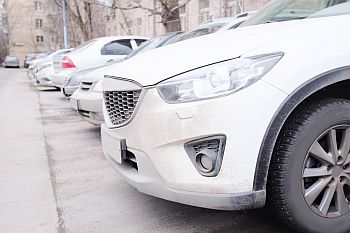 According to PPG, who make automotive paint, their annual automotive color survey found that 39 percent of cars worldwide were white in 2018.

In the U.S., over 23 percent of cars last year were white and another 23 percent were black. Purple was the least popular color.