There’s Plenty Of Competion In The Electric Pickup Segment 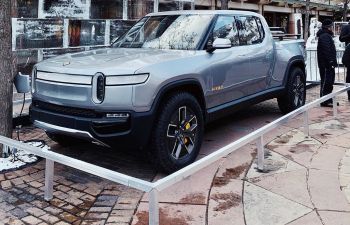 Tesla is betting there’ll be significant demand for an all-electric pickup, but it’s not alone because at least seven other manufacturers, including established brands like General Motors and Ford, also are entering the market with battery trucks.

Nissan has already launched a smaller, all-electric pickup in China and is exploring the need for an electric option on its U.S. trucks which could include either the midsize Frontier or full-size Titan, and possibly both.

Start-ups, such as Rivian and Bollinger have brought out both an electric SUV and a pickup. Detroit-based Hercules Electric Vehicles and Atlis Motor Vehicles hope to enter the electric pickup market, along with Lordstown Motors which, this past month, formally acquired the abandoned GM plant in Lordstown, Ohio.

Dec 1, 2019connieshedron
L.A. Has Olympic-Size Plan to Cut CO2 and Supercharge EV Use Ahead Of 2028 GamesNearly Half Of UK Drivers Willing To Switch To On-Demand Mobility