The Rise of the Sharing Economy: A Movement Towards Smarter Mobility 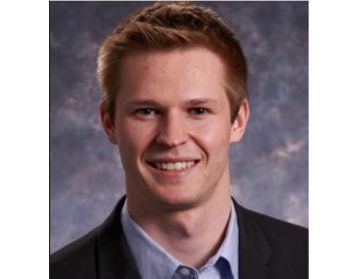 Advancements in information technology are leading more and more consumers to value convenient access to things over ownership of things. Broadly defined, the sharing economy is an economic model in which individuals are able to borrow or rent assets owned by someone else. “Access trumps ownership” is the common mantra used for describing the value proposition of the sharing economy. Individuals can now hail a private taxi via a smartphone and book a room in someone’s private home – and these are just the very early days.

So much more is ready to be turned into a product and sold, via the power of an app. As this trend continues to evolve, the ability for people – and eventually businesses – to rent out all kinds of assets will become increasingly seen as cheap, easy and just good business.

The fleet industry is not immune to the changes that are happening all around us. While the sharing economy is far from being the norm or even mainstream, there are indications that consumers across the board – but especially the millennial generation – are becoming more trusting of relationships tied to social sentiment and communities of users. Consider:
• Airbnb averages 425,000 guests per night, nearly 22 percent more than Hilton Worldwide.
• Five-year-old Uber operates in more than 250 cities worldwide and as of February 2015 was valued at $41.2 billion —a figure that exceeds the market capitalization of companies such as Delta Air Lines, American Airlines and United Continental.
• FORBES estimates the revenue flowing through the shared economy directly into people’s wallets will surpass $3.5 billion this year, with growth exceeding 25 percent.

As the renting of things becomes easier, more people will begin to see less value in owning things, realizing that they can actually pay less by “sharing” while maintaining the same level of access, convenience, flexibility and value.

Interestingly, the rise of the sharing economy might be a good development for fleet as sharing could help address one of the bigger challenges facing fleets today: the under-utilization of assets.
One of the most cost-effective ways for fleets to reduce their total cost of ownership is to reduce the number of unnecessary/underutilized vehicles in the fleet. In certain industries, it isn’t uncommon to have some equipment and other assets used on average 30 percent of the time, leaving it idle the other 70 percent of the time.

To increase the utility of this equipment, fleets are already using internal fleet car sharing technology, more commonly known as motor pool technology. Motor pool technologies allow fleet managers to:
• Track utilization and odometer readings more effectively
• Decide who can check out which vehicles, providing more control and oversight
• Permit drivers to drop vehicles off at a different location from where they checked them out, thus encouraging the sharing of equipment.

By helping maximize resource utility and capitalize on excess capacity, motor pool technologies – and, over time, other approaches to sharing – will not only allow fleets to operate more efficiently and cost effectively, they will pave the way for accelerating sustainable consumption and production patterns around the globe, while building stronger, more resilient communities.

The rise of the sharing economy is also likely to lead companies to shift from managing total cost of ownership to managing total cost of mobility.
As the technology behind driverless cars becomes more sophisticated and more accepted by society, people and companies will begin to focus more on being able to move from point A to point B in the smartest, safest, most convenient, sustainable and cost-effective way possible.

According to Boston Consulting Group, the market for autonomous technology will grow to $42 billion by 2025 and self-driving cars may account for a quarter of global auto sales by 2035. By 2017, partially autonomous vehicles will become available in “large numbers” the firm said in a report in April. Looking forward 25 years, analysts predict about half of people and companies will still purchase vehicles for driving in rural areas and for jobs that require driving. Everyone else – people who use vehicles purely as a means of transportation – will be sharing driverless cars.

Continued improvements in technology combined with the inevitable and fast approaching arrival of driverless vehicles will only unleash the fotorce of the sharing economy more significantly towards the configuration of smarter and more efficient mobility systems. Sustainable, world-class fleets of the future will be those that understand this and adjust their objectives to meet these changing conditions.

Brian joined ARI in early 2013 as Manager – Strategic Consulting, Sustainable Strategies. Previously, he spent time working for the U.S. Environmental Protection Agency’s Office of Resource Conservation & Recovery and as an analyst for a consulting firm in Mexico City, Mexico, where he conducted environmental policy research on sustainable development initiatives for governments and multinational corporations. Brian earned both his bachelor and master degrees from Cornell University.

Brian can be reached at bmatuszewski@arifleet.com.