The COVID-19 Recession is Slamming State and Local Government Budgets 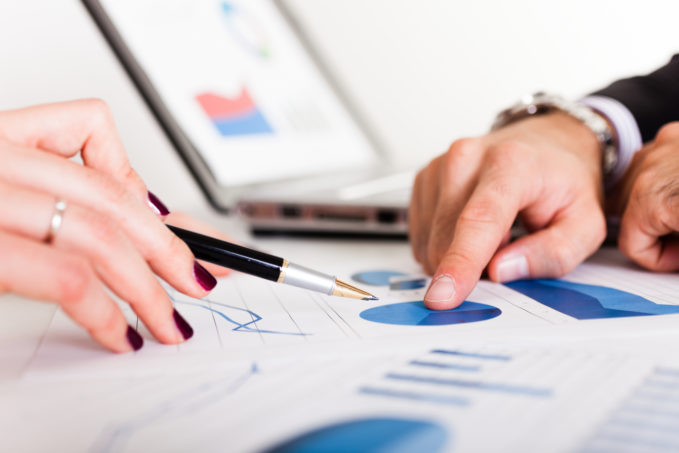 Effects on fleets could last for years

The Great Recession of 2007 lasted only 18 months, but it took another three to four years for state, county and municipal budgets to recover to pre-recession levels. Now, with the recession brought on by the COVID-19 pandemic, it looks like things are going to be even worse, and fleet suffering may be greater and longer than in the last economic contraction.

But, as Steve Saltzgiver, a long-term government and corporate fleet manager, wrote here in July, there are a number of initiatives that fleets can take to soften the blows and put themselves in a better position when the economy recovers.  Before recounting them, though, it’s important that fleet managers understand the basics of the current recession and how it compares to the last one.

The current recession is in only its eighth month, but in some respects it’s already the worst U.S. economic contraction since the Great Depression of the 1930s.  The U.S. Bureau of Economic Analysis (BEA) announced last month that the economy shrank at an annual rate of nearly 32 percent in the second quarter of this year – the U.S.’s worst recorded quarter ever — compared to just under a four percent decline for the worst quarter during the Great Recession. That followed an annualized rate of decline of five percent in the first three months of this year.

Meanwhile, the private Center on Budget and Policy priorities forecast this past July that state budgets will experience a total shortfall of $290 billion next year and $155 billion in 2022, compared to $230 billion in 2010 and $155 billion in 2011.  Hardest hit next year, according to the latest forecast by the National Council of State Legislatures (NCSL), will be 19 states that could see revenue reductions of more than 11 percent.

Worst among them, with projected reductions of 20 percent or more, are California, Wyoming, Colorado, and New Mexico. By contrast, total state and local government spending declined by about five percent in the Great Recession. This time around, only three states – Arkansas, Iowa and Pennsylvania, according to the NCSL, will see revenue declines less than that next year.

Economists’ concern, moreover, is that the Great Recession was caused by financial issues and so was amenable to traditional measures to slow it down and restore economic growth, things like lower interest rates and increased federal government spending. This recession, they note, however, is more like a short-term natural disaster, with two exceptions: it’s national in scope, and there’s no end to it in sight.

In this case, the government’s grants of $1,200 per adult and its expansion of unemployment benefits by $600 a week countered the massive loss of jobs, but those have since expired and Congress is deadlocked, at least for the meanwhile, about whether to repeat and resume them or, if they are, at what level.  Also in question is whether the federal government is going to provide broad-based bailout funds to states. With these measures, some economists predict that the recession is likely to get worse.

And how long will this one last?  Again, nobody knows.  Hopes are pinned on the appearance of an effective and safe vaccine, and observers note that it’s optimism that that will happen soon – as early as late next month – that has buoyed the stock market since it plummeted earlier this year.  But top officials at the Centers for Disease Control have said they believe that the hopes for a vaccine that soon are overly optimistic, and that it’s more likely it won’t arrive until next spring.

All of this portends that fleets of all kinds – private as well as public – are going to see severe cuts in their budgets next year and spending reduced from 2019 levels for a couple of more years or longer.  Again, government spending overall declined by some five percent in the last recession, but this time around nobody knows how much it will fall, and the amount will vary by company and jurisdiction.

Also, the amounts budgeted for fleets are likely to vary according to their purpose – police, fire and other emergency services fleets are probably not going to experience deep cuts in their operating budgets; the cuts will more likely affect their capital spending and other non-operating expenditures, like management-level travel and training.

Like any other, not all of the effects of the COVID-19 recession are negative – it’s just that the negatives will far outweigh the positives. On the plus side, mileage is way down, which means that operating costs for things like fuel, preventive maintenance and accident repairs will be significantly lower.  There may also be some relief for private fleets in the form of tax credits for extra vehicle sanitizing and for personal protective equipment afforded drivers.

The first and most severe casualty for fleets of all kinds are already proving to be vehicle replacements, especially for fleets that purchase rather than lease them.  A corollary will also be government fleet replacement reserve funds.  These represent the heaviest low-hanging fruit, but fleets can expect to sustain some other drastic cuts in some smaller spending categories, like spending for new technology, training for administrators, repair technicians and drivers, along with travel for managers to attend trade shows and seminars.  Also look for little to no money available to replace retiring or laid-off employees or for consultants who, ironically, would be contracted for analyses and recommendations for cost-saving measures. The same could be said, as well, for training that enables fleet personnel to take advantage of new technology recently put in place.

Some ways to cope

Perhaps the top recommendation is for fleets that purchase vehicles to revert to leasing.  This removes pressure from capital budgets, and enables fleets to put in place safer and more fuel-efficient vehicles that also require less preventive maintenance than aging vehicles that cost more to keep on the road.  A frequent objection to leasing are finance costs, but fleets need to compare these to the savings that derive from vehicles’ better fuel efficiency and lower maintenance costs.

As for fleets that use vehicle replacement funds, analyses may show that the funds are, in fact, over-funded, and can safely be trimmed without affecting needed future replacements.

Another alternative, which some fleets are also undertaking, is to downsize.  There are firms that specialize in determining the extent to which fleets can either consolidate existing fleet pools or to convert some drivers from assigned to pooled vehicles without reducing service levels, by finding efficient ways to raise vehicle utilization rates.

Steve Saltzgiver’s article talks about these and other steps fleet can take to trim spending without jeopardizing operational efficiency. In fact, his list comprises a total of 15 different ways to do it.

Recessions have hit fleets before, but there’s been a lot of turnover in fleet management in the 11 years since the last one hit the U.S. economy.  As a result, at least some of the institutional know-how on ways to cope with budget cyclical recession-inspired cuts has been lost.  Fleet managers need to try to rediscover those techniques and maybe take a stab at trying some new things.