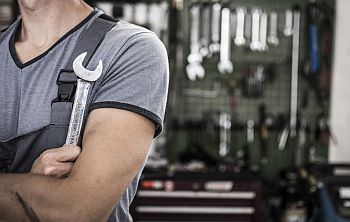 Last month, the initiative passed by voters would expand Massachusetts’ right-to-repair legislation to include “mechanical” vehicle telematics data—real-time updates from a car’s sundry sensors transmitted to an automaker’s private servers.

Now, after a strenuous battle to dissuade voters from passing the change in legislation, a coalition representing automakers from across the globe has filed a lawsuit in federal court to block the referendum from becoming law.

Automakers must design, test, and implement secure methods of information transmission in order to safely comply with Massachusetts’ requirements. The most recent argument being slung against the mandate is centered around the time it will take to design a new system that mitigates these threats.

Dec 7, 2020connieshedron
White Paper: The New Value Chain in Auto-MobilityThis New Feature is About to Make Electric Cars Way Easier to Use