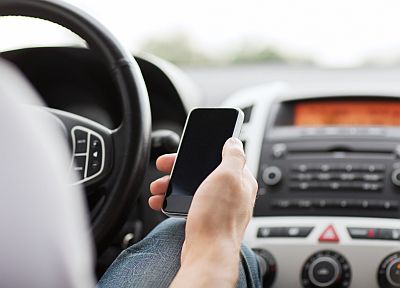 Alongside COVID-19, distracted driving is an on-going plague that fleets around the world are struggling to fight. Among the approaches are changes in fleet policy that prohibit various forms of behind-the-wheel distractions, on-line lessons and videos that educate drivers about the dangers, and even systems that use dashboard cameras to detect and warn a driver when he or she isn’t watching the road.

While these all have demonstrated value and effectiveness, the one thing none of them do is to actually prevent distraction. That’s where cell phone blocking technology steps in. And while it deals with only one form of distraction – the use of mobile devices – the technology has been found in the field to have dramatic results. At least, that’s what a study conducted by Forrester Consulting and commissioned by one cell-blocking system provider, TRUCE Software, last year has documented.

The three-year study measured the effects of TRUCE’s technology in four of its customer fleets, with a total of nearly 18,000 vehicles, all in the U.S. Two were utility services companies, one in telecommunications and the fourth was a pest control firm.

To determine the system’s benefits, the study created a virtual, composite fleet of 5,500 vehicles based on the effects at each of the studied fleet. And here’s at the study found:

In addition, the study other benefits as well:  improved driver satisfaction and brand reputation.

“Customers expressed initial concerns from company drivers suppressing device usage during driving,” the study reported. “However, once implemented, drivers came around and eventually even preferred their daily driving with TRUCE. The cause was two-fold – drivers felt safer on the job and, while driving, ‘they didn’t have to worry about answering emails or text messages.”

The report goes on to note that “by eliminating distracted driving in their mobile workforce, organizations reported feeling that TRUCE had improved their brand reputation.”

TRUCE’s system can be applied to both cell phones, tablets and laptop computers.  It consists of a software application that is installed in every driver’s mobile devices. The software is programmed to comply with customizable limits on how drivers and other kinds of employees — like those who operate heavy construction equipment or work on foot in high-risk work environments — can use them.  Prohibitions are relayed by wireless signals that are transmitted to the devices by radio beacons the customer installs in strategic locations.

Customer choices include when, where, how and in what workplace environments devices can be used. Among management options are the ability selectively block calls, texts and/or apps just when the device is moving above a certain speed, to allow hands-free, and to vary permissions according to where the employee is located.

According to the TRUCE website, “[f]or example, you want TRUCE actively protecting your employee when they are driving a company vehicle. But when they are in the backseat of rideshare, your employee should have full access to their phone. To create this differentiation, TRUCE deploys small beacons to more narrowly define the work zone. The TRUCE beacons can detect movement or be used to define boundaries (e.g. the walls of a conference room) and they communicate to the App via Bluetooth.”

Unlike consumer apps that block cell phone usage, TRUCE can’t be switched off by the driver, a way that people can regain complete device freedom. But the company notes that despite the system’s prohibitions, drivers and other employees can always make 911 emergency calls, and retain their privacy when they’re not on work hours.

TRUCE isn’t a complete anti-distraction technology.  While digital mobile devices have been blamed for the large increase in distracted driving over the last ten years or so, they’re not the only source of distraction. Fiddling with dashboard controls, reaching for objects in the passenger compartment, eating, grooming and gazing at passing scenery – in fact, anything that takes a driver’s eyes off the road for two seconds or more – have all been linked to collisions.

That’s why a complete anti-distraction program for any fleet ought to include all the other approaches, including those that counteract driver distraction, like advance driver assist systems like forward crash avoidance with automatic braking. But each of them has its limits, and only a system like TRUCE Software’s can be counted out to virtually eliminate one source of distraction altogether.

Jul 13, 2020Janice
The Next Emergency - Is Your Fleet Ready? [Free Webinar]Is It Safe To Take A Summer Road Trip In The COVID-19 Era?