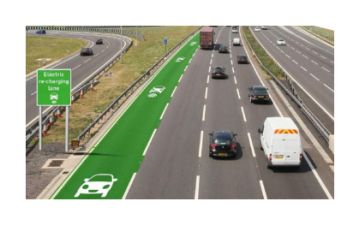 Israeli startup Electreon Wireless is developing a solution to electric vehicle owner’s range anxiety, creating roads that can charge as they drive.

Electreon markets its system primarily to governments, cities, and fleet operators, with a proposal to increase efficiency by lowering battery size, cost, and weight. Electric coils installed under roads can transmit energy to electric vehicles on them, charging them as they go.

The company intentionally chose to start working first on public transportation, like shuttles between train stations and airports. Electreon chose this point of entry because of the large population served by urban public transportation, and its role as a large polluter. Eventually, it hopes to expand to ridesharing, trains, and autonomous vehicles.

Read the article at Business Insider.