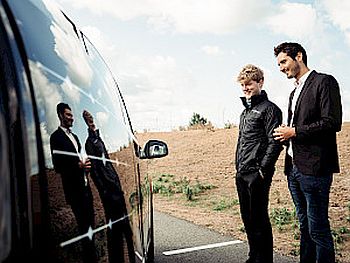 In a two-day voting among Sion reservation holders, nearly 94 percent of the supporters decided to extend the campaign beyond December 30, 2019. Within four weeks, 32.5 million euros had already gone into the first community funding initiative of this kind. Of this amount, 28 percent is accounted for by new reservations and around 68 percent by 4,056 supporters, who have increased the down payment for their existing reservations. Of these, 746 supporters have already paid the full price of the Sion.

As of today, the campaign to further fund the Sion has already generated 33.2 million euros and is thus already one of the largest community funding initiatives in Europe. The original campaign goal of 50 million euros will be maintained.

All campaign figures will be displayed daily on sonomotors.com from January 03, 2020.

Jan 13, 2020connieshedron
Does Your Organization Need a Chief Disruption Officer?Tesla Is Challenging Hackers To Crack its Car With $1 Million On The Line