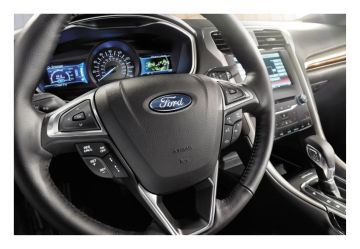 For teenage drivers and drivers-in-the-making, few things are as mentally consuming as their first car and the innumerable freedoms they’re certain it will bring.

The parents of those burgeoning motorists are giving it some thought as well, though more along the lines of: How much money am I willing to spend on a vehicle sure destined for an untimely end?

And, what car is going to keep my child safe?

Many first-time drivers who are fortunate enough to have sole access to a car are relegated to the less-than-glamorous realm of the automotive world—the dubiously-cheap Honda Civic from the local used car lot, for example, or the American-made sedan that was forced into early retirement a decade ago when mommy and daddy caved and bought a minivan.

However, for the select families willing and able to purchase a new vehicle for the young driver in the house, U.S. News & World Report has compiled its list of best cars for teens. This list ranks the best car or SUV in six price ranges, spanning from less than $20,000 to more than $40,000, from the 2016 model year.

Leading off the list in the less than $20,000 category is the Chevrolet Sonic. With a base MSRP of $14,345, the Sonic might be the most feasible for young drivers. Make no mistake, this a small car and therefore it’s inherently less safe in a collision than larger vehicles, but that make its Top Safety Pick rating from the Insurance Institute of Highway Safety, or IIHS, all the more impressive.

In the $20,000 to $25,000 range, the Kia Soul takes the cake. Though technically a compact car, the Soul is quite spacious—certainly more than its hamster-toting advertising campaign would imply. It’s also reliable and safe, with an IIHS Top Safety Pick and a five-star rating from the National Highway Traffic Safety Administration, or NHTSA.

For $25,000 to $30,000, the Mazda3 is the king of the class. The Mazda3 had roughly the same scores from the IIHS and NHTSA as the Kia Soul, but advanced features such as automatic emergency braking, blind spot monitoring and adaptive cruise control have helped it earn a highly-coveted Top Safety Pick+ designation.

The 2016 Hyundai Sonata ranks highest in the $30,000 to $35,000 range. A highly-capable midsize sedan, the Sonata also earns the Top Safety Pick+ rating and five stars from the NHTSA. Those who don’t get in a crash might be pleased to find that their Sonata is expected to retain a good portion of its value, according to U.S. News & World Report, which gave it four out of five circles in that category, behind only the Chevrolet Malibu in its segment.

In the $35,000 to $40,000 category, the Ford Fusion Hybrid, is not the typical winner. It failed to garner Top Safety Pick recognition because it registering an “Acceptable” rating in the small overlap front crash test. Also, a pair of recalls to repair front seat belts and a faulty fuel system has diminished its projected reliability. So why did it take the top rating in its category? Well, it likely has Ford’s MyKey technology to thank, a feature that allows parents to set speeds and radio volume to prevent driving distractions for their young drivers.

Read more of the original article at NY Daily News.