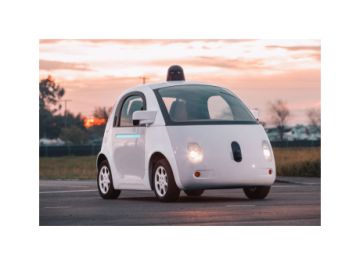 On the same night President Obama pressed the need to build a “21st century transportation system” in his final State of the Union speech, a new report released by one of the companies leading that charge showed serious potholes remain ahead.

Self-driving cars are one of the most promising technologies in that vision. One day, they could help reduce traffic fatalities, improve mobility and ease congestion.

But Google, a key player in autonomous testing, said Tuesday its vehicles had detected failures with autonomous technology 272 times between September 2014 and November 2015 which required drivers to take immediate control of the cars during testing on California roads. Drivers felt compelled to take control of the cars in 69 additional incidents during the same timespan.

Google wasn’t alone. Six other automotive companies, as required by California statute, collectively reported thousands of autonomous disengagements during the same timeframe, dousing hopes – and plenty of hype – that autonomous cars might soon be commonplace in America.

Together, the companies reported 2,894 disengagements on California public roads. Though 11 companies are now approved for autonomous testing on California roads, only the seven that were testing in 2014 were required by California statute to disclose disengagements by Jan 1. Those reports were released Tuesday hours before Obama began a State of the Union speech that called for improvements in transportation technology. They come only two days before the federal government is expected to outline new guidance for the development of autonomous technologies.

Tuesday’s developments come only weeks after California regulators adopted preliminary regulations that require operators of autonomous cars to receive training and hold a operators license for driving autonomous cars. Carmakers would also be required to have a third party certify the technology before the cars were offered for sale, according to the proposal. Google said it was “gravely disappointed” in the rules, which were more conservative than many industry insiders expected.

For Consumer Watchdog, a nonprofit organization that has been a critic of self-driving testing on public roads and an advocate for those stricter limits, Tuesday’s developments provided sobering insights into the early stages of autonomobiles.

“How can Google propose a car with no steering wheel, brakes or driver when its own tests show that over 15 months the robot technology and handed control to the driver 272 times and a test driver felt compelled to intervene 69 times,” asked John Simpson, privacy director with Consumer Watchdog. “… It is imperative the DMV continue to put public safety first, and not cave to corporate and political pressure.”

Google caught the brunt of his criticism Tuesday, and at 53 vehicles, the company operates the largest fleet of autonomous cars in the country. But the Silicon Valley giant, which offered insight into its incidents, was hardly alone in reporting hundreds of total disengagements of autonomous technology. Mercedes-Benz, which operates two autonomous cars on California’s public roads, reported 1,051 disengagements, the most of any of the seven autonomous operators.

Read more of the original article in autoblog.