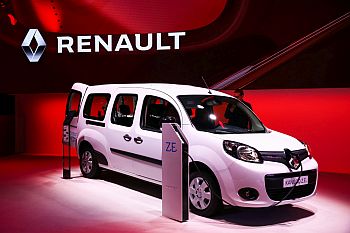 Renault SA will offer its electric Kangoo van with added hydrogen fuel-cells before the end of the year and roll out the technology to another model in 2020.

The hydrogen addition will boost the driving range of Renault’s Kangoo and Master vans as much as threefold compared to electric models, allowing a refueling in 5 to 10 minutes.

European automakers are under pressure to roll out zero-emission cars to comply with new regulation to cut pollutants.