The Race for the Driverless Car Accelerates 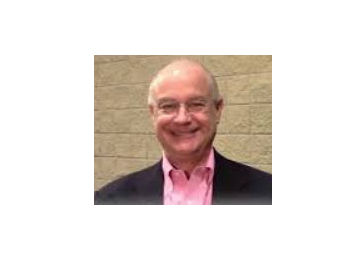 Imagine sitting in the back of the car, reviewing a presentation, while an invisible chauffeur drives you to your meetings. The advancements in the self- driving vehicle in the last year have been nothing short of extraordinary, and I have enthusiastically read and watched as each article offers additional information to this ever-changing, complex innovation.

As I researched the technology for this long-term vision, it became apparent that the transition from today’s driver-enhanced vehicle to the true driverless car of the future is filled with exciting safety developments.

We are currently in the first of a multi-phase program. In the near term, as the self-driving car is developed, tested, rolled-out, improved, and accepted, the driver’s seat will still have an occupant, albeit to act as the vehicle’s safety net. The vehicle in phase-1 is not driverless, but a fully automated vehicle with a significant number of computer-generated safety features.

A smattering of these features are already in use: the rear-view parking assist, the notification when changing lanes is unsafe, and the vehicle automatically maintaining a safe distance from the car in front while driving on cruise control. These current “driverless” cars are more accurately Enhanced Automated Vehicles (“EAV”). When all of the advanced technology currently being tested is fully operational, we should become safer. And not soon enough.

The roads are becoming more dangerous. In 2015, over 35,000 deaths were caused by motor vehicles, and 94% of all vehicle-related deaths were caused by human error. 2015 also marked the first time since 1966 when this statistic increased from the previous year, a 7.2% increase from 2014. With all of the advancements in technology, how will this translate into a safer vehicle as the driverless car becomes a reality, and which companies should we look to?

The race to success is definitely filled with numerous OEMs and hi-tech companies; all are fully engaged in the development, testing and release of EAVs.

The next requirement is the regulations surrounding the use of the EAV, as well as laying the framework for the completely driverless vehicle. The federal government, through the US DOT issued, in September 2016, its first major policy, the “Federal Automated Vehicles Policy” that included several significant concerns and questions:

Slightly behind are the states, with only four of the states having passed legislation allowing self-driving vehicles: California, Florida, Michigan, and Nevada plus the District of Columbia.

Fleet managers should embrace this fast-approaching technology. With safety as one of the top, if not the top, priority for all fleet managers, and the increased press of driverless vehicles, questions will surely arise as to the short- and long-term plans for the company’s fleet policy to adopt this technology.  I am a firm believer that twenty years from now the technology will be in place for a completely driverless vehicle; the safety will be at a significant level and the acceptance will be commonplace.

The current technology undergoing field tests allows the car to drive independently, while a human stands ready to intervene if required. My vision of the invisible chauffeur is still years away. As we approach that day, the advances being made on a continuous basis are creating a safer vehicle for all.

Prior to launching his own company, JS Consulting, Jeff Schlesinger served as Senior Vice President & Managing Director at GE Capital Fleet Financial Services, where he developed its go-to-market strategy for all international prospects and customers. You may direct your comments and questions to him at Jeffschlesingerconsulting@gmail.com