Push to Electrify Mail Trucks Gains Wide Support, an Unlikely Win for Both DeJoy and Biden 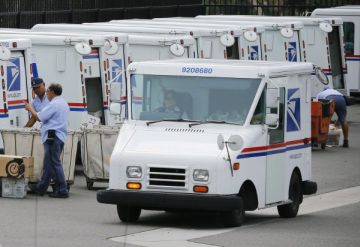 House Democratic leaders are lining up behind a White House push to allocate $8 billion in taxpayer funding for the latest iteration of mail truck, paving the way for a fully electric fleet instead of the piecemeal strategy U.S. Postal Service leaders have been pursuing.

The agency, which is generally self-sustaining and does not draw public money, has drawn up a bootstrap plan for new vehicles — the vast majority of which would run on gas — as it wrestles with $188.4 billion in liabilities and faces years of projected losses. The lawmakers’ plan would relieve the agency of the truck expense while significantly advancing one of President Biden’s key sustainability objectives.

But Postmaster General Louis DeJoy had told lawmakers the agency couldn’t afford to make a bigger EV commitment — charging stations and other infrastructure would tack another $2 billion to the cost — or wait until it could.