Orlando’s Fleet: On the Cutting Edge of Sustainability 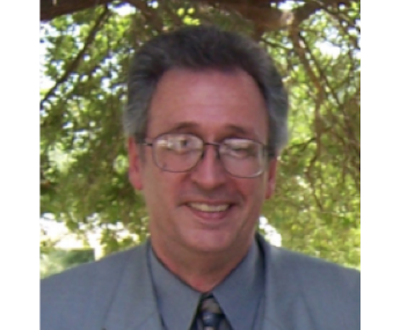 If the city of Orlando, Florida, meets its goal of relying on nothing but renewable energy by 2050, David Dunn will have had a lot to do with it.

Since 2006, Dunn has worked for the city, first in its facilities management department and since 2011 with the added responsibility for fleet operations as manager of Orlando’s fleet and facilities management division.  As such, he’s been in a unique position to leverage the assets of the division to make dramatic reductions in the city’s carbon footprint and saving the city millions of dollars in what it spends on electricity and fuel.

Its mandate is for every one of the city’s fleet of some 2,600 on road cars, trucks and buses, and 1,400 other vehicles to be powered by alternative fuels by 2030. It may seem like a tall order, but the fleet is nearly there, and Dunn speaks with the assurance of someone who’s been the executive in charge of a fleet that’s won a place in the 100 Best Fleets in North America every year since 2012.

“The original goal was to run City fleet vehicles on 100% renewable sources by 2030,” he explains. “It was established by my predecessor, but I changed it to alternative fuels to reflect the reality of our time. The modification was required because renewable sources availability is not coming to market as rapidly as originally anticipated.

“We don’t publish goals we don’t think are achievable. Currently, we are operating 93 percent of our fleet on alternative fuels and will meet our goal on or before 2030,” he says. And how will that happen?  “With vehicle acquisitions and collaboration with our local electric and gas utility companies.”

The impetus behind Dunn is Mayor Buddy Dyer, Orlando’s long-term mayor who, in 2007, launched Green Works Orlando, an ambitious plan to transform just about every aspect of the city’s public and private life to fight climate change and make the city more livable for all of its inhabitants.

The program seeks changes across eight dimensions of city life, from reducing the amount of electricity it consumes and how it’s generated, to raising more of its food in local gardens, how all its vehicles are powered, make public transit more convenient and make infrastructure investments that encourage people to walk or bicycle more instead of driving.  The goal, according to official program documents, is “to transform Orlando into one of the most environmentally friendly, economically and socially vibrant communities in the nation”

Since the program began, Orlando has racked up a number of nationwide awards, awards from the U.S. Department Energy and the U.S. Department of Environmental Protection that Dunn received on behalf of city at the White House in 2015 for significant reductions in water and energy consumption in a major downtown office building.  Other recent achievements by the city and its fleet include:

Dunn says the city purchases almost all of its vehicles.  That it’s had plenty of money to do so is reflected in the fact that the fleet’s average vehicle age is three to five years, he says.  That means the city has been able to take advantage of engine technology that harnesses cleaner energy.  But it’s also had a positive impact on the fleet’s total cost of ownership (TCO).

“Because we’ve been operating green vehicles for so many years, we know we’ve experienced savings of 20 to 30 percent on the maintenance and repair side of the house, from reduced brake jobs and minimized fuel consumption. Typically, we have no service issues but wiper blade and tire replacements.

“When it comes to our Toyota Camry Hybrids, we have experienced unprecedented reductions in demand work.  They come in for preventive maintenance (PM) but they just do not break down.  And as for our natural gas and propane-fueled vehicles, they burn cleaner and since we initiated oil analyses before performing oil changes during PMs we’ve experienced significant savings by avoiding changing out oil that’s still good.”

Waiting for the right truck EVs

Dunn recognizes that with more than 2,000 trucks still running on gasoline and diesel, his fleet is far from meeting the zero-emission goal.  The problem, as he sees it, is that there still aren’t enough electrified trucks on the market that meet the fleet’s operational requirements. “I have been waiting for the market to deliver EV trucks with the range to meet our needs,” he notes. But it’s not as if he isn’t keeping a close eye on the makers of soon-to-be-released all electric pickup trucks.

“I have been collaborating with VIA Motors, Workhorse, Rivian, Lordstown Motors, GM and Ford as an advisor to help get their products to market for public sector fleets,” he says. “I am in negotiation with Lordstown Motors for five vehicles that may be available in the Fall of 2022 and with Ford for 100 F-150s on the Rivian [pickup] platform perhaps as soon as the fall of 2021. Our need is great and we will be early implementers as soon as we can buy product.”