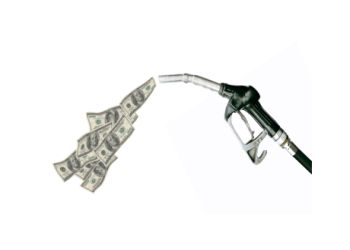 Our roads are in terrible shape, and we are largely to blame.

Things wouldn’t be so bad if our elected officials had occasionally increased the federal gas tax, which funds road repair and construction at the national, state, and local levels. Unfortunately, that tax hasn’t been raised in 22 years, forcing the government to maintain 2015’s roads with 1993’s budget.

All that could soon change — not at the federal level, where partisan politics are perhaps at their worst, but at the state level. As Auto News reports, this summer, Oregon will launch a program called OReGO that allows residents to choose between paying a state gas tax or paying a fee based on the number of miles they drive.

HOW DOES THIS WORK?

Beginning July 1, up to 5,000 volunteers will have the option of paying a 1.5-cents-per-mile tax instead of Oregon’s 30-cents-per gallon gas tax. To participate in OReGO, drivers will have to equip their cars with a device manufactured by Canada’s Intelligent Mechatronic Systems. The device isn’t too different from the ones used by insurance companies like Progressive: it plugs into the onboard diagnostics port below the dashboard and tracks miles traveled as well as fuel added.

For simplicity’s sake, OReGO participants will continue to pay gas tax when they fill up, but at the end of each month, their mileage will be tallied to see how their 1.5-cent travel tax compares to the taxes they paid on gasoline. If drivers overspent at the pump, they’ll be issued rebate checks. If, on the other hand, their mileage tax works out to be higher than what they paid in gas taxes, they’ll be sent a bill.

By the way, this isn’t a novelty: similar programs are now being considered in more than 10 other states. Yours could be next.

To read the original article go to The Car Connection.

Mar 12, 2015connieshedron
Self-Braking Cars are Safer, But Do They Boost MPG?ARI Named Among Fortune’s 100 Best Companies to Work For® for a Third Consecutive Year