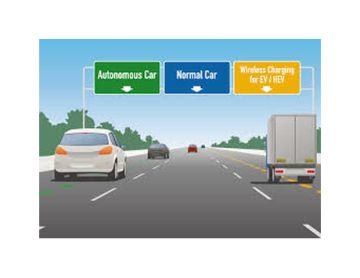 With a record-setting death toll on U.S. roadways as a backdrop, the Obama administration committed to eliminating traffic fatalities within 30 years.

The promise is heavily reliant on the continued development of autonomous vehicles and complimentary smart-vehicle technologies.

Last year was the deadliest year on America’s highways and byways since 2008. It marked the continuation of a trend of rising fatality numbers after years of declines. The increase comes in spite of cars with more safety equipment than ever as well as unrelenting efforts to eliminate distracted driving.

Worse yet, nothing has changed in the first half of 2016, as deaths spiked 10.4% to 17,775, compared to a year earlier, according to preliminary NHTSA estimates.

All this death and injury is avoidable,” said Transportation Deputy Secretary Victor Mendez. “We simply have to remain focused and not let up on this.”

In the interim, NHTSA, Federal Highway Administration, Federal Motor Carrier Safety Administration and National Safety Council are attempting to bring those numbers down.

As part of that, they’re partnering on the promotion of a safe driving through a campaign called Road to Zero, which will include marketing efforts and the installation of basic safety infrastructure such as rumble strips. The Transportation Department will spend $1 million annually for the next three years on grants.

However, that is only one part of the equation. NHTSA is plowing time and energy into finding ways to cut down the number of deaths in the near term. The leading causes are suspected to be distracted driving as well as the sheer number of people on the road.

U.S. motorists have set records for miles traveled in each of the last two years, which is largely tied to low gas prices.

Federal officials have been pointing at zero deaths as the ultimate goal being achievable with self-driving vehicles being the lynchpin to the hitting that target.

“Reaching zero deaths will be difficult, will take time and will require significant effort from all of us but it is the only acceptable vision,” FHWA Deputy Administrator David Kim said in a statement.

“We’re not at zero yet, but by working together, the day will come when there are no fatalities on the nation’s roadways, sidewalks or bicycle paths.”