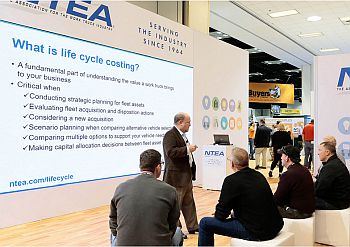 The message was Incremental, Not Abrupt Industry Change

It was hard to find dramatic news at this year’s Work Truck Show put on by NTEA, the commercial truck trade association, in Indianapolis last week.  Yes, there were 100 new products unveiled, Ford made show history by introducing four new models in addition to unveiling its own telematics service, and there were several new electrified light- and medium-duty trucks on display.

But when it comes to the four big transportation revolutions referred to as “ACES”’ – vehicles that are autonomous, connected, electric and shared – the show’s message, in more than one place, was that rather than being disrupted by these new technologies, the commercial truck industry is undergoing gradual, incremental change.

To be sure, electrification was a big topic of conversation at the show, which featured more than 490 exhibitors, 44 of them first-time, and which NTEA organizers said was likely to surpass last year’s attendance record of 13,570. In fact, at least four break-out sessions were devoted to electrification and, as one observer noted, even some of those that were not, included conversation about electrification.

One of those was the panel put on by Work Truck Solutions — the Chico, California-based company that tracks upfit truck inventory at dealerships nationwide – and co-sponsored by Fleet Management Weekly – “Commercial Vehicle Opportunity in a Time of Innovation.” The first speaker was Cliff Banks, founder of the automotive industry newsletter The Banks Report. Addressing electrified trucks, he echoed other speakers at the gathering, when he told the audience:

“We are going to see more movement towards electric or alternative powertrains, especially for delivery trucks. But in terms of disrupting the industry or becoming the main powertrain system for commercial vehicles, that is so far off into the future.  Diesel is affordable and provides the power necessary for trucks, so you’re going to see it predominate, despite what the headlines are saying.”

Banks also downplayed the impact on the industry of a variety of emerging digital technologies, including those that stream data back and forth between trucks and computers, as well as other vehicles, and expected to pave the way for self-driving vehicles.  “That technology is coming, and some of it is already here, but we’re still pretty far from being fully connected.  As it comes, it’s going to enable fleets to take a deeper dive into data to predict vehicles’ problems before they occur, to get better insight into their market, and operate more efficiently.  But there’s nothing that’s going to disrupt your business over the next 15 to 20 years.”

Another panelist, Adam Seifert, supervisor of business intelligence and analytics at ARI, the global fleet management company, seconded Bank’s general viewpoint, but focused more on how the new technology is creeping into the work truck industry.  “These new technologies won’t transform your businesses overnight, but incrementally, and we’re starting to see that in fleets already,” he said.  “And if we don’t learn where to implement each of these technologies to find efficiencies in different parts of our business, that could be to our detriment.”

Seifert declared that while completely driverless vehicles are “very far off,” lower levels of autonomy, in the form of driver assist systems that improve driver safety, are coming, and some are already entering the industry. Shifting focus, he said trying to operate a work truck fleet without telematics “is like trying to do astronomy without a telescope.”

As for electrified vehicles, Siefert said the total cost of ownership is projected to fall below that of the average internal combustion engine vehicle by 2022. “From light-duty to medium-duty all the way up to Class 8, there will be vehicles with electric options in the very near future,” Siefert noted.  And while sharing vehicles may not work for many fleets, it’s conceivable that delivery fleets could resort to sharing vehicles during peak seasons. That practice, he said, may help keep their leased or owned vehicle count smaller and so improve total fleet vehicle utilization.

If your head were full of all the hype about the new technologies, you could have walked the massive exhibition hall with a sense of anti-climax.  As I said above, there were plenty of new products on display, but mostly add-ons and improvements to existing product lines — nothing as earth-shattering as many automotive headlines over the past few years have been.

There were, not coincidentally, some new electrified pickups and medium duty vehicles displayed by a handful of manufacturers: XL’s plug-in hybrid Ford F250, all-electric delivery vans from Workhorse Group and Utilimaster, and the eM2 medium duty truck rolled out by Daimler Trucks North America’s Freightliner brand.  Also worth mentioning is PRECO’s Side Defender 2, a device that employs radar to detect pedestrians and cyclists in a truck’s blind side.

But this reporter was particularly impressed, however, by a somewhat lower-tech new product highlighted at the show: the NTEA’s Vehicle Life Cycle Tool, available free to members and accessible online.  The brainchild of George Survant, the veteran and much-decorated former fleet manager now the NTEA’s director of fleet relations.

The tool is essentially a pre-programmed spread sheet that fleet managers can use to calculate the cumulative total cost of ownership and projected remarket value of any single car or truck model or an entire class of vehicles in a fleet over any desired time frame. The key purpose is to compare the cost of any given vehicle model in a fleet with an alternative, and so determine which vehicles to ditch and when and which to acquire next. Intuitive and easy to use, the tool requires a fleet manager to enter their own data, including acquisition cost, annual mileage, maintenance and fuel expenses, depreciation, and the organization’s tax rate (if any) and internal rate of return.

In my interview with him, Survant said the tool is primarily aimed at fleets that don’t have direct access to a consultant or fleet management company. He said it could also be useful for fleets that do in order to run their own projections whenever they want and compare them with those they receive from outside.

“As much as a tool we’re trying to make available, what we’re trying to do is help fleets adopt a different way to plan, and an improved way to manage a fleet’s inventory,” said Survant. “Traditionally life cycle cost models have generically been used for a single vehicle.  So, let’s evaluate this brand-new Ford F250, or GM 2500.  You want to evaluate what this new product can do versus your legacy product.

“This tool will certainly do that. It’s fundamentally a net present value calculator, using generally accepted accounting principles. But what this tool will also allow you to do is to do sensitivity analyses.”

In layman’s terms, what that means is that the tool can project the long-term value of a vehicle under any number of different fuel prices, both for gasoline and diesel or alternative fuels, like propane or electricity.  Neatly enough, the tool also makes it easy to compare the cost per mile of all of those fuels.

Survant said the tool can be especially useful for fleets that replace their vehicles according to some fixed metric, like the number of years a vehicle has been in service or the number of miles it’s been driven. “But those preset conditions may not result in the best financial decisions for your fleet. This tool may help a fleet to change its criteria and obtain a better financial result.” 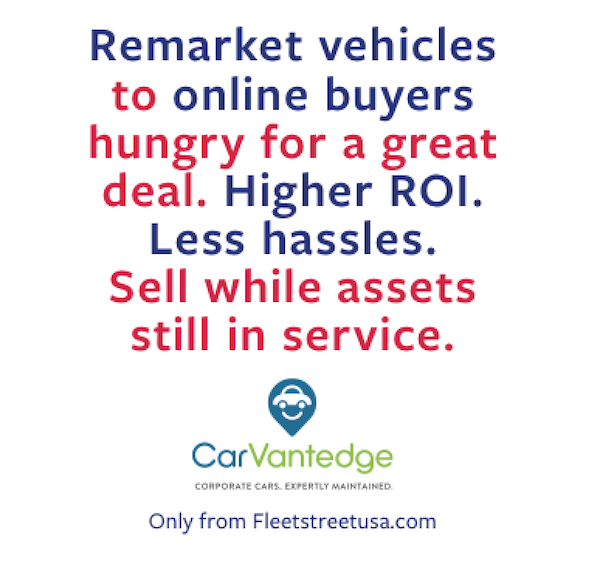