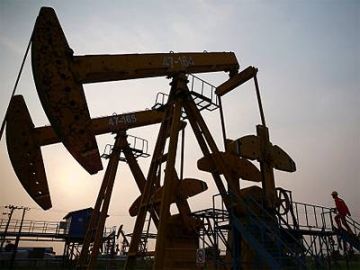 Speculators have piled back into oil since OPEC announced output cuts in November. But don’t be fooled into thinking that means prices are set to soar.

As my Bloomberg News colleague Alex Longley pointed out last week, hedge funds and money managers have placed record trades on an oil rally. Net long positions of so-called oil speculators reached an unprecedented 852,794 contracts across both Brent and WTI in the week ending Feb. 3.

With each contract representing 1,000 barrels of oil, that equates to bets worth eight times as much as the world consumes each day that prices will rise.

Of course, this smart money can’t be wrong and we all know speculators drive oil prices. Everybody agrees on that, right?

Remember those heady days between November 2007 and August 2008, when oil soared toward $150 a barrel and was forecast to reach $200? That, apparently, was all down to people trading in “paper oil” — contracts for the supply or purchase of the black stuff — who had no intention of actually owning any of the physical commodity.

OPEC’s Secretary General at the time Abdalla el-Badri, Saudi Arabia’s Crown Prince Sultan and senators from both parties in the U.S. placed the blame for sky-high prices squarely on the shoulders of speculators.

To be sure, there were dissenting voices. The chief executive officers of Royal Dutch Shell Plc and BP Plc argued at the World Petroleum Congress in Madrid in June 2008 that prices reflected a failure of supply to keep pace with demand. Analysis done by the Centre for Global Energy Studies, where I worked before joining Bloomberg, showed that flows of speculative money into and out of oil followed price moves rather than leading them. Such opinions, however, were largely drowned out by the clamor to curb speculators.

But let’s just hang on a minute. If speculators are in the driving seat, then why haven’t prices responded to the surge in buying? Oil has only risen by $2.37 a barrel since the net long position jumped from about 500,000 contracts to more than 720,000 in mid-December and then kept on rising.

It’s true that sentiment is less bearish than it was before the OPEC deal. But to understand why those net long positions don’t signal an imminent price surge, take a closer look at the business of speculative trading.

A large part of the cash invested by the group of market participants identified as managed money — and referred to by detractors as speculators — is invested passively. Managers decide how to allocate a basket of funds across a range of various asset classes, so it becomes less of a decision about how much oil to buy or sell and more of a decision about how much money to allot. By contrast, industry participants are generally hedging a given volume of sales or purchases.

Feb 20, 2017connieshedron
Updating Your Safety Culture in the Age of 'Big Data'Accident Not Your Fault? Your Insurance May Still Go Up, Report Says