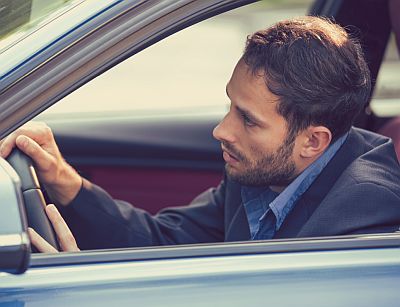 Taking steps to combat driver fatigue has the greatest effect on reducing fleet crash rates, according to a recently published study of 70 U.S. fleets conducted by the Network of Employers for Traffic Safety (NETS). Calculations of the raw results by Fleet Management Weekly showed that fatigue risk management practices were associated with crash rates that were as much as 77% lower than fleets that didn’t rely on them.

The study, which appears in the December issue of Safety Science, also found at least ten more practices associated with crash rates that were more than 20% lower, by at least one measure, than those of fleets that didn’t follow them. In descending order, the five most effective include reviewing driver mobile phone records after all crashes (up to 58% lower), providing some form of driver training for all employees (45% lower), post-collision reviews that take crash severity into account (30% lower), checking the motor vehicle records of new hires (42% lower), and banning the use of mobile phones while driving (25% lower).

On the other hand, it found that the average crash rate for fleets that reviewed the data after every crash was and 7.4%. That was 33% lower than the average for fleets (11.06%) that don’t use in-vehicle monitoring devices.

Wide range of industries, fleet sizes and type
The authors of the article say the study was the first to appear in a peer-reviewed journal to compare fleet safety practices and policies for a large number of fleets with actual safety outcomes. It is based on fleet responses to a survey that focused on fleets’ 2016 safety programs and their reported performance data.

The study compared the crash rates of fleets that relied on specific kinds of safety policies and practices against those that did not employ them. It did not, however, compare fleets’ crash rates before and after they adopted the practices. Study participants were all NETS members from a wide range of industries and, together, operated all classes of vehicles, from light to heavy-duty. Fleet sizes ranged from as few as 136 vehicles to as many as 51,000.

The fleets reported a range of 2016 crash rates according to two measures: the percentage of fleet vehicles involved in crashes (Fleet Percent) and crashes per million miles driven (CPMM); it also recorded fleet drivers’ average injuries per million miles driven (IPMM). The companies surveyed reported an average Fleet Percent crash rate of 10.1%, CPMM of 4.94 and IPMM of 0.27. While Fleet Management Weekly isn’t aware of verified statistics that have been compiled for the fleet industry as a whole, these numbers are believed to be below those for the average fleet. For example, it is widely believed that the average fleet has a 20% crash rate.

Other measures to combat fatigue that were statistically linked to lower crash rates were conducting fatigue management training for new hires (average rates that were 70% to 74% lower); restrictions on night driving (52% to 65%), and fatigue management refresher courses for existing drivers (31%). The study also found that the more of these programs offered, the lower their average crash rate.

The study also noted that fleets that followed the following practices also accounted for a lower average crash rate:

The article appears in Volume 120 of Safety Science. The title is “The relationships among roadway safety management practices, collision rates, and injury rates within company fleets.” The authors are Jonathon M. Vivoda, Assistant Professor of Sociology and Gerontology at Miami University (Ohio); Stephanie G. Pratt, PhD, Director of the Center for Motor Vehicle Safety at the National Institute for Occupational Safety and Health, and Susan J. Gillies, manager of marketing and operations analysis at NETS.