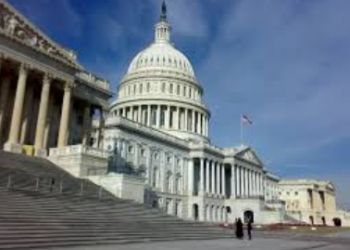 NAFA Fleet Management Association expressed its approval of the House Transportation and Infrastructure Committee passing a bipartisan bill for $325 billion on transportation projects over the next six years. The Surface Transportation Reauthorization and Reform Act of 2015 (STRR), provides $261 billion for highways, $55 billion for transit, and roughly $9 billion for safety programs.

“NAFA thanks the (House Transportation and Infrastructure) Committee for their work in moving forward this bipartisan bill,” said NAFA Chief Executive Officer Phillip E. Russo, CAE. “While we recognize this bill requires Congress to provide funding for the latter three years, and in our current political climate that could be difficult, we are closer to a long-tern funding agreement than we have been in a very long time. This is progress and NAFA, speaking for fleet professionals across North America, applauds it.”

The STRR bill does not guarantee funding for the full six year period advance. Instead, lawmakers need to pass legislation to appropriate the funding for the latter three years. Transportation projects would remain at the current spending levels of roughly $50 billion annually. This will require an addition of $16 billion each year, added to the current revenue from gas tax. NAFA has urged Congress to raise the federal fuels tax as the most cost efficient and straightforward way to provide a steady revenue stream.

The urgency for a consistent level of funding for highway projects is high. The costs of infrastructure damage and decay are significant to the business world, not only in maintenance and repair costs, but in increased devaluation of vehicles. Further, due to road, bridge, and tunnel closures due to damage, traffic congestion and detours contribute to lost productivity that significantly affect the business world’s bottom line. An increase of vehicles stuck in traffic wastes fuel and increases emissions into the atmosphere. Years of stopgap funding and political saber-rattling have led to great uncertainty, which dramatically affects how fleets proceed with vehicle purchasing and maintenance year-to-year.

“For the first time in many years, we see a resolution to this problem,” Russo added. “NAFA calls upon both bodies of Congress to bring this bill to conference quickly. Now that progress has been achieved, we firmly believe this bill should pass so that all can look to the future with more confidence and certainty.”

Nov 1, 2015Janice
Clearinghouse Can Save Your Fleet on InsuranceCEI Eyes Growth in Vocational Fleet Market