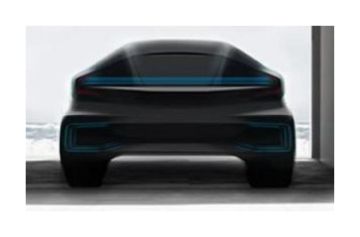 Who or what is Faraday?

Like Nikola Tesla, the patron saint of battery-carmaker Tesla Motors, Michael Faraday was a pioneer in the fields of magnetism and electricity, and his name is now being used by another mysterious electric vehicle start-up, Faraday Future.

Emerging out of the blue, the company has set up shop in California and says it is looking to put up a new, $1 billion manufacturing plant But exactly where its money is coming from and what sort of cars it plans to build are far from clear.

“When creating our vehicles, we began with four wheels but we are re-envisioning everything else,” Faraday Future declares in a newly launched website. “With backgrounds in automotive, aerospace, biomedical, consumer electronics, and others, our rapidly growing engineering team brings a uniquely diverse approach to the future of mobility.

Over the past decade, there’s been a burst of start-up activity like the auto industry hasn’t seen in decades, with most of those automotive wannabes focused on alternative powertrain technology. The vast majority have quickly folded, overwhelmed by the costs and technological challenges. But a rare few, notably Tesla, have actually gotten into production.

Whether Faraday will make it into that elite is far from certain. Indeed, exactly what Faraday is remains unclear. A spokeswoman reached by the Associated Press, Stacy Morris, would only say, “We’re in stealth mode where we’re not revealing ownership.” She added, “There’s a significant investor who wants the company to stand on its own merit before being associated” with it.”

Faraday was originally incorporated in the State of California in May 2014, according to the AP, as LeTV ENV Inc. That links it to a Beijing-based holding company owned by Jia Yueting, a man often referred to as the Chinese Steve Jobs.

The Asian billionaire has followed a similar path, until now focusing on smartphone and television technologies, but also planning to launch a new online store in the U.S. before the end of the year. Like Jobs, Yueting sees himself as a visionary who takes pride in “disrupting” traditional industries.

The now renamed Faraday Future apparently employs about 400, a number of them poached from Tesla – which itself has been hiring talent away from traditional automakers as well as tech giant Apple.

What little is known about Faraday’s plans is that it wants to produce an all-electric vehicle focused on the high end of the market – a broadly outlined business strategy that so far resembles Tesla’s. That Silicon Valley firm recently launched its Model X electric SUV, which will offer various version priced into the $100,000 range.

But where the Tesla Model X and Model S sedans visually resemble traditional automotive offerings, an image on the new Faraday website offers a silhouette of two decidedly different-looking vehicles, their bubble shapes looking more like something from a science fiction flick.

The closest to anything done by a traditional manufacturer might be two recent concept cars: the Mercedes-Benz Concept IAA introduced at the Frankfurt Motor Show in September, and the Toyota FCV Plus revealed at the recent Tokyo Motor Show.

“The FF Design team members have each been hand selected to create something that the world has never seen before,” the company’s website hints.

Whether any of the start-ups, including Tesla, will be around then is far from certain, but Chinese entrepreneur Yueting appears to be willing to bet a billion or more he’ll find his niche.