You May Not Live Long Enough to Ride a Driverless Car 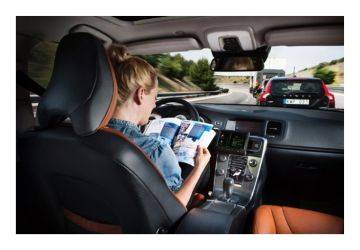 With all of the buzz from companies like BMW, Google and Tesla, it’s easy to get the impression that autonomous vehicles will be hitting the roads any day now, with an estimated 10 million self-driving cars shuttling passengers across the country by 2020.

However, in just the past few days, Uber ended up suspending and then slowly relaunching their self-driving car program after a high-impact crash.

Not the most promising start to a driverless future that is supposed to be a mere three years away.

Combined with the Tesla Autopilot incident a few months back that brought some much-needed attention to what it will take to turn autopilot into true autonomy, there are clearly strides that need to be made.

Despite technological advances, accidents like these reduce consumer trust and send companies back a few steps. A true autonomous future is perhaps as far away as 50 years, considering all that needs to happen to ensure safety and prepare the average driver.

While one will see the occasional driverless car zipping tech execs around Silicon Valley, new connected cars will still be out of reach for most families.

What’s more probable is that people will continue to drive around cars they already own, but with slight improvements in design and technology.

Even now in 2017, many cars rolling off assembly lines have zero connectivity, let alone autonomous capabilities. With vehicle retention at an all-time high of 11.6 years and growing annually, people will be driving these unconnected cars for years to come.

Additionally, the number of cars more than 12 years old is actually expected to increase 15 percent by 2020, the year in which analysts are predicting 10 million self-driving vehicles to be gracing the roads.

Unless consumer purchasing habits veer drastically off course, it’s unlikely there will be a significant number of autonomous vehicles driving down the road in a mere three years.

Current manufacturing trends aside, right now, 80 percent of people said they would not buy an autonomous vehicle if it were available today, citing trust in the technology as a major barrier. AAA had similar findings, with three-quarters of Americans afraid of riding in a self-driving vehicle.

It’s hard to give up control—especially when one small error could make the difference between arriving at the destination safely versus a fatal crash. While autonomous cars are meant to increase safety, this fear of the unknown still trumps technology and needs to be conquered before autonomous cars can become mainstream.

The slow societal transition to a new age quite literally driven by technology will take far more than three years.

Read more of the original article at Newsweek.