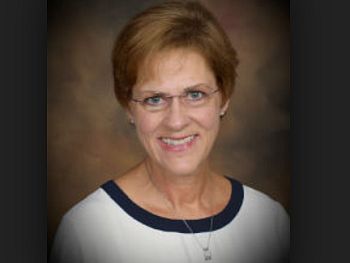 NAFA’s Honorary Membership recognizes outstanding service to NAFA, the fleet administration profession, the automotive industry, a community, state, or nation. No one could argue that Mary Sticha, CAFM, is a perfect example of this.

“Honorary Membership is awarded to an individual at the end of their fleet career and allows them the ability to stay connected to NAFA,” said NAFA President Patti Earley, CAFM, noting that Sticha was about to retire from Element Fleet Management.

Sticha was a member of the NAFA Affiliates Committee for six years, and eventually became its Chair, served on the Curriculum Committee for four years including vetting content/speakers and coordinating educational sessions at I&E, was NAFA’s Affiliate Trustee for 2011-2013 and again in 2015-2016 supporting the strategic goals of the Association.

Sticha served as the Affiliate Representative to the Board of Governors from 2013-2015.

She has been a major promoter of the CAFM program, and successfully achieved her CAFM certification in 2013 and recertified in 2018. Sticha currently serves as the Fundraising Chair for the NAFA Foundation.

NAFA congratulates Mary Sticha on her well-earned retirement as well as her ongoing support for NAFA.