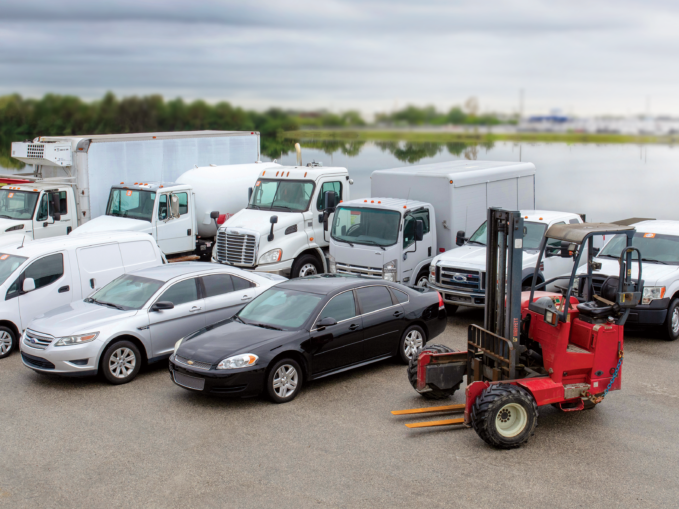 By Bill Bishop, SVP of Sales and Marketing at FLD Remarketing

Four times a year, the team here at FLD compiles what we call our quarterly White Metal Market Report, or WMMR for short.

And like any analyst following basically any industry on the planet, trying to get a beat on the medium duty white metal market the last two years has been nothing short of an exercise in frustration. Just when it seemed like there might be an opportunity to break from the grips of pandemic induced malaise, a new challenge would rear its ugly head. From chip and supply chain shortages that have persisted since just shortly after the dawn of Covid to transportation, supply chain and labor shortages, almost nothing has gone according to plan for, well, pretty much the last two years.

So, while we are sure there are more than likely a few more surprises around the corner, we are pleased to report that the medium duty truck market – and likely the entire fleet space – is slowly approaching what we’re confident in saying might just be our “next” normal.

One of the things that leads us to believe the automotive and fleet spaces may have entered a new, less volatile phase comes down simply to how people are feeling, which seems to be fairly good. This was a phenomenon we noted after last October’s AFLA conference in San Antonio, and something we experienced at last month’s NTEA The Work Truck Show in Indianapolis. Both were well attended conferences with a palpable “buzz” that permeated not just the show floor, but four solid days of good cheer and camaraderie, something that was sorely missing during the days of Covid. Considering these events were a full six months apart, it would appear to our team that the industry has been experiencing a return to something that resembles normalcy for a marked amount of time.

Another barometer that signals the industry may have entered a new, less volatile phase are the group of economic indicators that have been our reliable predictors for years. Stable for nearly a decade, these traditional bellwethers went bonkers when Covid hit, and spent much of the last two years gyrating like a conga line across a late-night party floor. And while those machinations featured such eye-popping numbers as a 400% increase in unemployment, it appears they have fallen into a more predictable pattern the last couple of quarters.

As the two-year charts we follow illustrate, the time around March 2020 and the following 12 to 18 months were fraught with wild swings that made it hard for even the most seasoned observer to venture a guess where the market was headed.

However, a look at these charts over the last 6 months shows that numbers have moderated. And while perhaps they aren’t necessarily the robust kind of numbers we’ve been used to seeing the five or six years leading up to the pandemic, they have fallen into more stable patterns that hint at a sense of normalcy. In addition, housing starts have picked up the past year or so, another indicator that the economy is getting stronger.

When it comes to the medium duty wholesale market itself, we are also seeing strong demand, and while it’s possible it may drop off towards the end of the year, we’re confident the days of wild fluctuation may be a thing of the past. This is in marked difference to most of 2020 and 2021, when it was anyone’s guess as to where prices were headed, and yet another indicator that the market has entered a predictable territory.

At the same time, medium and heavy-duty trucks have also remained flat for several months. It’s also encouraging that prices have remained strong year over year. Medium duty builds have also been increasing – further adding an air of predictability, and new trucks are being delivered, a welcome sign that restores confidence in where the market is headed. And while demand continues to outpace supply in every class, the situation feels more akin to pre-pandemic days than the year right after the pandemic when no one knew if their vehicle orders had even a slim chance of getting filled.

In another sign that the market has Is stabilizing, used vehicle prices have also started to flatten during the last week or two of March and the first two weeks of April. And while it remains unclear how far – or how fast – prices will retreat, this is yet another indicator that the wild and unpredictable patterns we saw for the year and a half after the pandemic are most likely well behind us.

One important indicator we will be keeping an eye on are the new vehicle order boards, which will open mid to late second quarter. And while manufacturers will almost certainly be unable to meet demand for the 2023 model year, we believe it will be important for them to make a strong showing in an effort to quell fears that the market is still on unstable footing. And while dealer new vehicle inventory remains at less than 76% of 2019 levels, it will be important that they continue to trend upward in order to instill a sense of stability.

And finally, while expected moves in interest rates and possible tightening of credit may play a spoiler role in late 2022 and early 2023, it will be important to see whether or not the marketplace can digest this kind of challenge and simply move ahead with business as usual rather than being spooked back into a state of chaos.

Two of the things that continue to make it hard for our team to call a definitive end to the wild swings we saw during the pandemic are the continued challenges around the chip shortage and supply chain, two factors that could worsen over time. And while they appear to have stabilized for the time being, it’s still anyone’s guess as to whether they might worsen, or if they could suddenly get better. And while this is unlikely, we firmly believe that an inability to bring these two issues under control could once again throw the market into a tailspin, something that none of us want to happen as we continue to show marked progress towards a more stable and predictable marketplace.

Bill Bishop is SVP of Sales and Marketing at FLD Remarketing, and an expert on the white metal market. Each quarter he leads our crack team of analysts to develop the White Metal Market Report, a look at the forces and factors driving the medium duty wholesale remarket. To sing up to receive your free copy every month, send an email to marketing@fldinc.com, and we’ll put you on the list. To reach Bill personally, email him at bill.bishop@fldinc.com