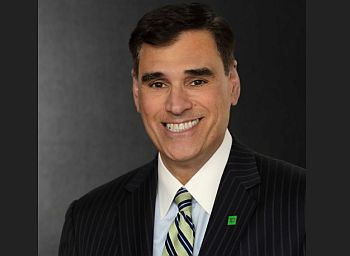 Anthony Sasso, head of TD Equipment finance, said there’s a chance that lease finance rates will fall further by the end of this year, driven by concerns over a possible slowdown in the U.S. economy.

Sasso said for the most credit-worthy lease customers, equipment financing rates are generally linked to the ICE Swap Rate, a financial index that coincides with movements in interest rates on U.S. Treasurys. As of June 6, the 5-year Swap Rate was 1.875%. The rates financial institutions charge equipment lease customers reflect an additional “spread” above that rate that varies according to an assessment of the lessee’s or borrower’s credit risk and collateral value.

After reaching a high of 3.209 percent in November 2018, the 5-year swap index has been in a steady decline. Sasso said that, according to TD Economics, the underlying reason is changing expectations for Federal Reserve policy from rate hikes to rate cuts. This has occurred as global economic momentum has slowed, inflation has softened, and trade conflicts between the U.S. and its major trading partners have escalated.

Sasso also said that additional factors for declining lease rates — particularly in the trucking industry — have been an oversupply of funds available for finance compared to demand, and increased competition among lease finance institutions.

The Federal Reserve, the nation’s central bank, started raising interest rates in 2015 as the economy recovered from recession in 2009. It raised them three times in 2018, but is now expected to lower them this year, as signs of economic weakness have been appearing.

Among those signs are an “inverted yield curve,” with the yield on 3-month Treasury bills higher than the yield on 10-year Treasury bonds; and a lower-than expected increase of just 75,000 workers that were added to U.S. payrolls in May, as reported by the U.S. Labor Department last week.

Inverted yield curves often precede an economic slowdown. And while unemployment at 3.6% remains at a 49-year low, analysts had forecast a jobs gain of 224,000 for the month.

On other subjects, Sasso said:

• TD Equipment Finance continues to see more demand for tax-advantaged leases than others, as they lower lessees’ monthly payments by shifting the depreciation benefit to the lessor.