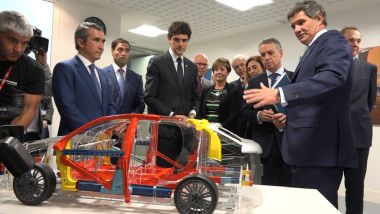 It’s a matter of time before electric and autonomous vehicles become commonplace, but perhaps not as soon as much of the automotive and technology industries think. Potential obstacles to EV growth include battery recycling and generating sufficient electricity to sustain charging infrastructure on a global scale.

“It’s not just innovation,”Gestamp founder and president Francisco Riberas says. “You have to be profitable, too, and you have to produce a lot.” While Volkswagen manufactures 43,000 vehicles per day, Tesla barely reaches 40,000 EVs in one year “because making cars is not so easy, even if they are electric cars,” he says.

Read the article at WardsAuto.