It’s Independence Day — Are You Free? 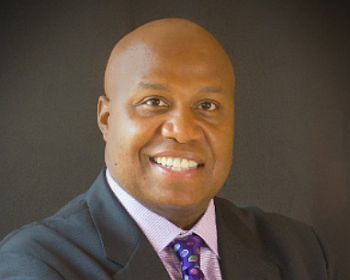 This week, we celebrate the day, back in 1776, when America issued its seminal document, the Declaration of Independence. This declaration was a statement that the United States was a new nation, that we would no longer allow ourselves to be bound by British authority, British Rule. That we were ready to strike out on our own to determine our own fate.

Think about the battles the early American settlers had to fight to establish our country. Think about the determination and resolve they had to have in order to come to a new land. They took great risks to leave their homelands and to make an ocean crossing in order to free themselves from constraints – both external and internal — that kept them from reaching their full potential as human beings.

As you celebrate Independence Day this year, ask yourself: in your life, in your job and in your career, are you free of self-imposed constraints? Are you merely trying to get by, unwilling to challenge the status quo that is neither as productive as it could be for your employer nor as rewarding to you? Do you have a vision of how things could be, but are afraid to break free of your comfort zone, to speak up and take action to make your vision reality?

From time to time, we all find ourselves in a rut of one kind or another.  We may still be moving forward but within the bounds of a channel that keep us moving in the same direction, and that even keep us from seeing above the edges of the rut to find a new direction.

It’s very hard to break out of the rut – just as it was for the settlers who came to this continent, and  the British colonies that became the United States of America.  What it takes is a belief that things can be better, fire in the belly and the courage to fight any obstacles to make a change to a better path.

So take this holiday as something more than a day off from work. Take it as an opportunity to look at your own circumstances: How happy are you with the path you’re on. Do you have a vision of how your company could be more efficient and productive? To become a leader for change?

Do you see a way to make that vision become a new reality?

In the spirit of July 4th, write on your heart your own declaration of independence from all that is holding you back.  Recognize that you owe it to yourself to be free and that no one can stop you but yourself.

Walter is a Hall of Fame Business Speaker who focuses on Peak Performance and Creating Championship Teams. A former Big Ten and NBA Basketball Player, Walter has executed the daily habits and skills needed to win in the game of business. In addition to having success in sports, Walter has led a number of business organizations. He shares lessons learned from being a Franchisee and leading a growing training and development business that experiences year-to-year growth of over 10%.  He has keynoted conferences in numerous countries for some great brands such as 3M, Domino’s, Accenture, Boston Scientific, Hilton, The Dwyer Group, UPS, State Farm Insurance, Mosaic, Honeywell, and Allianz, and I know you guys are going to love him too.