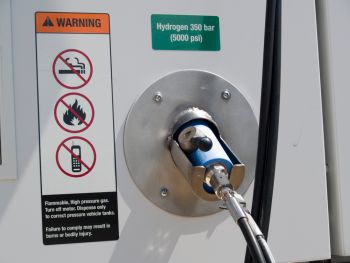 Hydrogen fuel-cell cars face many roadblocks to mass adoption, but a new report drafted by the California Energy Commission claims they could achieve price parity with gasoline by 2025.

The key findings are that the dispensed price of hydrogen is likely to meet an interim target based on fuel economy-adjusted price parity with gasoline of $6.00 to $8.50 per kilogram by 2025. That figure does not include the impact of California Low Carbon Fuel Standard credits, which would lower the cost of hydrogen to consumers even further, the report said.

Price parity with internal combustion has also long been considered a goal for battery-electric cars to aim for, but it’s usually discussed in terms of battery cost, not efficiency.

Jun 14, 2020connieshedron
Study: GM Will Lose US Market Share As It Redefines Its FutureFleeting Costs: Transitioning Your Idle Fleet to a FAVR Program