Hundreds of Children Have Died in Hot Cars. New Bill Aims to Stop this Horror. 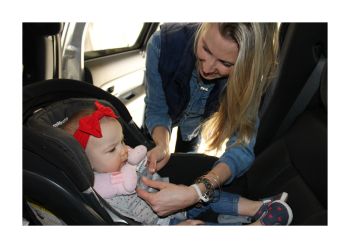 The news accounts of these incidents are gut-wrenching, describing helpless toddlers and infants trapped inside scorching vehicles that turn into death chambers. The parents, upon discovering their children, are devastated.

Rep. Tim Ryan (D-Ohio) wants to put an end to these traumas.

“Anybody who has kids looks at this as a complete tragedy that doesn’t need to happen, Ryan said in an interview with the Capital Weather Gang. There’s no reason we can’t have a quick fix. Every year we wait we lose more and more lives.”

If the bill passes, the Transportation Department would require cars to come equipped with a system for alerting the driver if a child is left in the back seat after the car is turned off.

Ryan said the technology already exists, and that General Motors has applied it in many of their 2017 and 2018 models. He said the cost of implementation of this technology would be every, very small for automakers.

“Consider the cost of not doing it,” Ryan said. “When you spread the cost across the industry, it’s de minimis.”

Already in 2017, 12 children across the country have lost their lives in stifling vehicles.

When it’s 90 degrees outside, the temperature inside a vehicle can surge to a suffocating 133 in just an hour, according to climatologist Jan Null, an expert on vehicle heatstroke deaths.

In the majority (54 percent) of hot cars deaths, caregivers simply forget their children are in the back seat, according to a database Null maintains.

Often this forgetfulness is triggered by a change in routine, lack of sleep or some distraction, according to Rep. Tim Ryan

Often this forgetfulness is triggered by a change in routine, lack of sleep or some distraction, according to David Diamond, a professor of psychology at University of South Florida. Caregivers should not be blamed for what is essentially a catastrophic breakdown in their memory and thought process, he said.

“These children were not forgotten by parents that were reckless with regard to care for their children,” Diamond said at a news event announcing the bill June 7. “This phenomenon must be explained from a brain science perspective, not one that blames parents for being negligent.”

Diamond, Ryan and other advocates for the bill say technology can help overcome the lapse in mental awareness.

Read more of the original article at The Gazette.