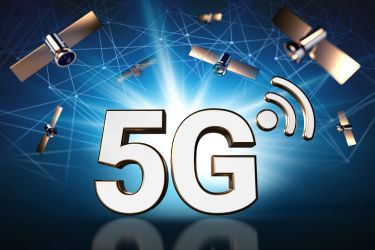 “The majority of connected vehicles today are still aligned with 2G and 3G networks that provide far greater speeds than previous generations but not the kind of speed 4G and 5G promise the smart automotive industry.”

Since 1996, when General Motors introduced OnStar to enable drivers to call for roadside assistance and emergency services, carmakers have developed highly intelligent technologies to advance the smart, connected vehicle. But, as the automotive and tech industries ramp up efforts to bring autonomous vehicles (AVs) mainstream, some critics argue they may be putting the cart in front of the horse.

Before expecting skeptical consumers to embrace driverless cars, it may require taking a small step back to consider where their confidence hangs in the balance: trusting in the technology currently embedded in their vehicles.

In addition to Bluetooth capabilities, most cars on the road today are equipped with some measure of in-vehicle telematics and advanced driver assistance systems (ADAS) that utilize wireless connectivity to enhance safety and offer convenience. Consumer Reports recently revealed that drivers who use features such as blind-spot warning, lane assist and semi-automatic pilot are more likely than non-users to trust further automation.

According to IIHS (Insurance Institute for Highway Safety), however, 50 percent of these systems are never activated. Why? Because most drivers, at least in the U.S., believe they can respond faster to critical driving situations than artificial intelligence despite the fact that human error is to blame for more than 90 percent of the 6 million crashes that occur annually.

They are not entirely wrong in their belief. Underscoring the ongoing challenges confounding the smart automotive industry, CNET recently reported on a number of frustrating ADAS glitches—due to interference from either humans or nature—in Tesla’s Autopilot system and Cadillac’s Super Cruise system, which is considered the industry’s most robust hands-free driving assistant.

But rather than blaming the technology, many experts agree it is more about the infrastructure supporting it and the need to reduce system processing lags, referred to by insiders as latency. In other words, the key to unlocking the true potential of both connected car and AV technology is the speed of connectivity itself.

The coming boom in connected-car data

Analysts at IHS Markit estimate a jump in connected devices from almost 27 billion in 2017 to 125 billion in 2030, an increase that means more competition for bandwidth on an already stressed RF spectrum. Global Market intelligence firm IDC predicts that by 2020, vehicle manufacturers with fleets operating at the highest levels of autonomy will require 50MB of cellular data per hour for safe vehicle operation and consistent rider satisfaction.

The majority of connected vehicles today are still aligned with 2G and 3G networks that provide far greater speeds than previous generations but not the kind of speed 4G and 5G promise the smart automotive industry. By using higher frequencies, latency is dramatically reduced, with the rapid transfer of data and download speeds capable of transforming the whole automotive ecosystem, from OEMs to individual owners to entire fleets.

Consider the trucking industry. The backbone of the American economy, it moves 10.5 billion tons of freight annually using more than 3.6 million heavy-duty Class 8 trucks and 3.5 million truck drivers. In the past several years, forward-thinking truck manufacturers have begun migrating away from 2G and 3G cellular networks to 4G, upgrading in-cab telematics systems with a single onboard data collection hub designed for compatibility with future networks.

Video-enabled, this hub offers an integrated and aligned understanding of time, location, and driver and vehicle performance, all of which provides fleets in a wide range of sectors—logistics, retail, ride-share, car rental, farming—an opportunity to rethink and streamline their technology strategy. Increased network speed means fleet owners will be able to do far more than track and monitor freight remotely.

What 5G connectivity will accomplish

With the even faster speedsof 5G networks, fleets will be able from thousands of miles away to visually monitor drivers and their exterior environments—weather, terrain, vehicles, pedestrians, obstructions on the road—and activate autopilot and backup systems that take over if a driver’s ability to navigate is impaired in any way, or in the event of an emergency such as brake failure, one of the leading causes of truck accidents.

There’s no doubt about it, the smart automotive industry worldwide is banking on 5G to bring about full-scale deployment. Counterpoint Research expects the global market for connected cars to grow 270 percent by 2022. Other analysts suggest the market will reach $225,158 million by 2025, growing by 17.1 percent a year. While North America accounted for the highest share in the global connected car market in 2017, Counterpoint reports that European economies including Germany, France, and the United Kingdom could reach 100 percent penetration as soon as by 2020.

When 5G becomes ubiquitous, automakers will have the infrastructure, security and consistency necessary to optimize the performance of embedded technology, which would help to increase awareness of and confidence in ADAS capabilities among drivers. But that’s just the tip of the iceberg. All that data will provide new insights and drive new innovation that will not only bring about a full autonomous revolution but also the highest level of trust from those for whom it is intended to benefit: the public.

Apr 22, 2019Janice
Collision-Warning Systems Can Modify Driver BehaviorAnalysis: Top 25 Cities Could Save On Average 37% of Fuel Costs by Switching to EVs