Hertz Gets Go Ahead to Sell 182K Vehicles from Fleet 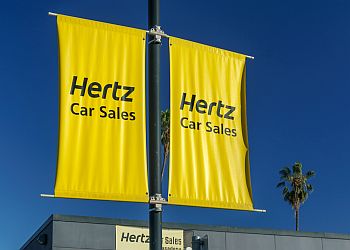 Through a meeting with its lenders, Hertz Global Holdings struck a deal that will allow it to pay $650 million in cash in monthly installments for the rest of 2020. In return, it can sell off at least 182,521 leased vehicles between now and December.

Hertz is only allowed to keep $900 from each car sold, the Journal reported, noting the company is attempting arrange $2 billion in new financing to help get through the bankruptcy.

The number of vehicles it plans to sell has risen since a filing last month in which the company said it wanted to sell about 144,000 vehicles during the restructuring process.

Jul 26, 2020connieshedron
70% of Buyers Want a Dash Cam in Their Next CarMost Owners Satisfied with New Vehicles; Some Truly Love Them Despite Their Flaws