Harvey Wrecks Up to a Million Cars in Car-Dependent Houston 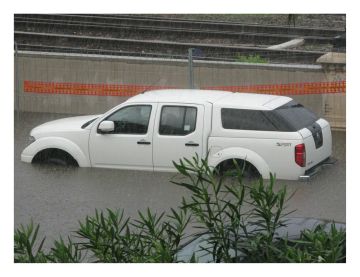 As the Hurricane Harvey storm system dissipates and the water it dropped recedes, Houstonians left without shelter face the daunting task of rebuilding their lives.

Many people are focused on the staggering figure of 40,000 homes lost, but another number also deserves close scrutiny: The flooding destroyed as many as a million cars in the Houston metro area.

Reliable transportation is a daily, fundamental need, almost more so in the wake of a disaster. Add in the fact that Houston is a car-dependent city, and the consequences of the destruction of so many vehicles comes into stark focus.

How will rental companies and dealerships suddenly supply cars to people who need them right now? How do people get permanent cars? And what is the fate for the many people who can’t afford to replace their way of getting around.

“You really have to have a car if you’re in Houston,” says Andrea French, executive director of Transportation Advocacy Group Houston, which advocates for better funding for all modes of transportation. People in the city center may commute by bus or bike, and Uber and Lyft have made it easier to go without a personal vehicle, but as a rule it’s hard to get by without your own wheels. That’s why 94.4 percent of households in the Houston area have cars—1.8 each on average, according to analyst firm Cox Automotive. Only Dallas has a higher percentage.

As of Thursday morning, insurance companies had received about 100,000 claims for cars hit by Harvey’s flooding, 75 percent of them totaled.

Sep 5, 2017connieshedron
The Leaf Is the World’s Best-Selling Electric Car. Now, Nissan Needs to Catch Up With TeslaMeet Us in Las Vegas!