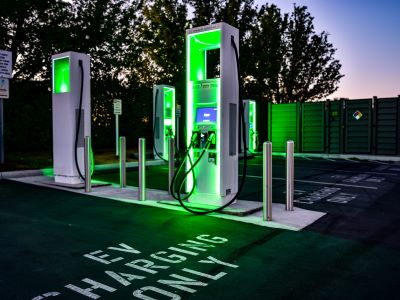 July 14, 2022 – General Motors announced Thursday that they plan to set up 2,000 coast-to-coast DC charging stalls at 500 centers. Each of these stalls will be stationed at 50-mile intervals across the U.S. focused on major highways.

For this project, GM said they were partnering with Pilot Company, which operates truck stops all across the U.S., and EVgo, a public electric vehicle charging company. The company said their stations will offer “numerous” fast charging EVgo stalls that charge at 350 kW. The companies did not say how much users will pay to charge or give any idea of a timeline.

The charging stations will be located at Pilot stops. The truck stop company said it has 750 Pilot and Flying J centers in 44 states and five Canadian provinces.