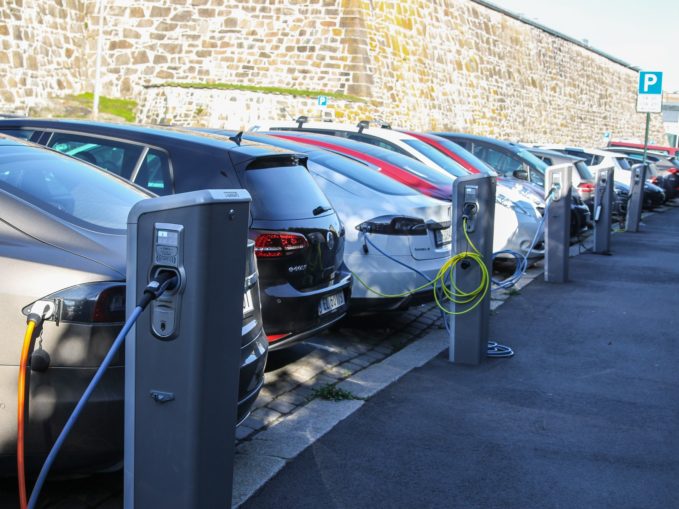 GM returned to Super Bowl ads for the first time since the Great Recession with a pair of expensive 1:30 minute ads: Teen heartthrob  Timothèe Chalamet demonstrated Cadillac Lyriq’s hands-free capabilities;  In his skit, Will Ferrell receives assistance from fellow comedians Keenan Thompson and Awkwafina.  He’s outraged that Norwegians –the Norwegians! — “sell way more electric cars per capita than Americans.” Indeed.  Last year, more than 54%  of cars sold there were EVs and another 20% were PHEVs. In the U.S., EVs and PHEVs rack up less than a measly 2% of sales with the majority of those accounted for by Tesla.

“With GM’s Ultium battery, we’re gonna crush those Lugers, (rhymes with Hoosiers)”, avers a distinctly non-PC Will as he sets off in a yet-to-be-introduced  All-Electric Cadillac Lyriq on a multi-modal trip across the Atlantic to Norway. In classical Ferrell errant fashion, he lands in Sweden instead of Norway, followed by his friends in their yet-to-be-introduced Hummer EV..

It’s not clear what was the intention of that message. In any case, skeptics will note that catching up with the Norwegians, never mind crushing them by 2035 will take much more than a better battery that sports higher mileage, lower cobalt content, greater safety in crashes, and higher recycle value.

Norway is a different kettle of fish. For one thing, Norway has been increasing incentives for EVs since 1990; and at the same time disincentivizing ICE vehicles, by taxing them more and charging higher gasoline prices.

“This is how people react to taxes in capitalism all over the world. If you make the product very expensive, fewer people will buy it. It’s elementary.” Lasse Fridstrøm, a senior research economist at the Norwegian Center for Transport Research Fridstrøm told Green Car Reports.

Norway has no value-added tax on EVs, for instance, and free charging is available at charging stations and at parking meters, along with added road-privileges such as the use of bus lanes, HOV lanes and reduced tolls. New car prices for EVs can be as much as 15% lower than an equivalent ICE-powered car. Of course, Norway benefits tremendously from its share of North Sea Oil. Nearly 40% of its exports are fossil-fuel related, as are 13% of revenue. But they have been weaning themselves off reliance on oil, albeit slowly, for many years now.