Ford and the Future: Where the Legacy Automaker Stands in the Race for a Driverless Car 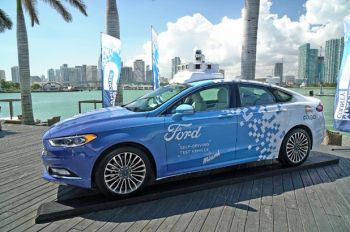 The promise of the self-driving car has been a long time coming. While fully autonomous vehicles have yet to take over the roadways of the world, almost 50 different companies are working to make it a reality.

Some are automakers you’ve heard of – Volvo, Mercedes-Benz, BMW, Toyota, General Motors, and Tesla. Others include equally well-known tech giants, such as Alphabet’s (parent company of Google) Waymo division, Samsung subsidiary HARMAN (in conjunction with Swiss automaker Rinspeed), and both Apple and Amazon.

Then there are the efforts of the original US automaker, Ford.