Over the last five years, FLD’s quarterly White Metal Market Report has prided itself on keeping our finger on the pulse of what’s driving the used medium duty vehicle space. And during that time, we’ve been able to get a solid beat on how the industry was faring based on a bevy of economic indicators like the unemployment rate, the strength of the US dollar and housing starts.

My how things have changed!

As the global pandemic slows – at least here in America – many industries are moving back towards what we’d like to think of as “normal.” And while that may be possible for some sectors, the medium duty truck market – and the entire fleet space for that matter – is having a hard time finding its footing. At this point, many of the traditional indicators we follow seem to be falling into more of a rhythm, but it’s not a good one. Employment is still so distorted it’s hard to consider it a true indicator. Spot freight has gotten really expensive, and the housing market is only driving demand for more vehicles and service providers. And with the dollar seemingly on shaky ground, it could help the export market. We also expect interest rates to climb, but its doubtful that will have as big an impact on our space as it has in the past.

As things stand now, the automotive and fleet space seem to be driven – like much of global business by one thing – chips.

That’s right, semi-conductor chips to be exact, and unless you’ve been marooned on a desert island, you’re most likely aware of the global chip shortage and the devastating effect it’s having.

The simple fact is that virtually every product – from cars to computers – is manufactured using microchips. Without enough chips, most industries have had to greatly scale back, production – a daunting circumstance given that these same industries are trying to recover from the worse global pandemic in more than 100 years.

AN ONGOING PROBLEM THAT’S ONLY GETTING WORSE

The problem facing business comes down to a simple case of supply and demand.

As more and more products require chips, the chip industry’s ability to keep pace with demand has fallen woefully behind. By some accounts there could be as big as a 40% gap in the number of chips needed vs the reality of what global chip manufacturers can deliver, a number that is only expected to grow in the coming years.
Even more daunting?

The simple fact is that there may never be enough chips to meet global demand. As proof, two of the three biggest chip manufacturers – Taiwan Semi Conductor and Samsung – have said they’re already sold out of chips for 2021, and anticipate the same situation for 2022. The problem is that there simply aren’t enough chip making machines on the planet to keep up with production, and most likely never will be given the rate that new products require them.

The truth is that while just about every kind of business has been hard hit by the chip shortage, perhaps none has been affected like automotive. From major manufacturers shuttering assembly lines, to others simply abandoning less expensive models, the industry has been broadsided by the chip shortage. That includes major stall warts like Nissan announcing this month that it would produce half a million less vehicles over the next year. Still others, including luxury model Mercedes, are having to find new ways to get around the shortage. In some cases that’s even meant abandoning certain hi-tech features in favor of analog devices that don’t use chips, something previously thought unfathomable.

According to industry analysts, the problem is that the average vehicle has over 3,000 chips, a staggering number when one considers the number of new vehicles built each year. Complicating matters is the fact that the auto industry accounts for only 3% of the global chip market, meaning that other industries – like those for handheld devices – are prioritized, leaving vehicle manufacturers scrambling to find work arounds (or having to do without.) That doesn’t bode well for autos, and the resulting reverberations are having a profound effect.

Thus far, the biggest effect on fleet is that there simply are no new vehicles for fleets to purchase. In turn, that shortage is driving up the price of used assets, causing a cascading effect that’s creeping into all corners of the fleet industry.

At FLD, we’re seeing the reality of this phenomena effect fleets on a daily basis.

For one thing, remarketers – like FLD – are paying increasingly higher prices for used vehicles – something we don’t expect will end for quite some time.

Complicating the situation even further, we have to wonder how long banks will be willing to finance vehicles – especially used ones – at such high prices. Along with the shortage in new vehicles, factors like this are making it harder for growing industries like final mile delivery to find enough vehicles to meet current demand.

In addition, we are seeing auctions at half capacity. And, in some cases, dealers with less than a day’s worth of either new or used inventory. The situation is so dire that some used work vehicles are bringing prices near what they would have cost new, something that’s hard to justify, but a symptom of the post-pandemic world we live in.

Further driving the demand for vehicles – and thus amplifying the chip shortage – is the growing appetite for goods and services. As homes become places where people work, attend school, and increasingly host social functions, businesses will need more vehicles to serve them.

Of course, there is the possibility that vehicle dealers have a few tricks up their sleeves, or that there might be inventory being held back, but that is highly doubtful. Instead, we forecast that access to vehicles – either new or used – will continue to be spotty quite some time, maybe years. And that – short of a large influx of chips – fleet could be facing a brave new world of unknowns. That means vehicles currently in service will have to squeeze out additional years of service, something that brings into question bigger issues like safety and maintenance.

Complicating things further – the chip shortage could have far-reaching effects on telematics, an industry that is having an increasingly bigger impact on fleet. This is a phenomenon we will be keeping a close eye on as well.

A POTENTIAL LIGHT AT THE END OF THE TUNNEL?

The chip issue aside, there are several factors that could cause a reset on the trajectory of the automotive and fleet industry as economies heat up and the world springs back to life.

For one, inflation or some kind of inflationary impact could slow over heating economies, bringing at least some temporary relief. Additionally, it’s possible that the global chip shortage could bring a favorable change in monetary policy, but the realities of that are purely speculative. It’s also possible that ongoing hostilities in the Mideast could slow the roiling global economy, but at this point that seems doubtful.

One other developing issue that could negatively impact fleet?

The rapidly escalating tire shortage being brought on by increased demand for rubber. As businesses spring back to life and consumers hit the road, we only expect this shortage to have a greater effect on fleet, something we will be sure to keep an eye – and report back – on in the coming weeks and months.

At this point, we believe demand for medium duty vehicles will continue to explode, exacerbating automotive chip shortages, and pressuring the fleet industry to find new ways around the problem. For now, we’re all just going to have to muddle through until hopefully – as it usually does – necessity will be the mother of new inventions and innovations.

Until then we’ll be doing what we always do here at the White Metal Market Report.

Keep our eye on the horizon, and our finger on the pulse of our industry. At the same time, we’ll be looking for smart ways to protect our clients, while helping them future proof their businesses.

Most of all, we’ll be here for them, just like we have for the last 40-plus years. And no matter what, we’ll always be ready with an offer on your used assets in hours, and a check for the full price you agree to in less than a day. That’s the FLD way, and – regardless of things like chip shortages – always will be. 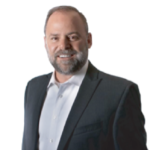 Bill Bishop is SVP of Sales and Marketing for FLD, and a recognized expert on vehicle remarketing and the medium duty vehicle market. You can sign up for a free quarterly copy of his White Metal Market Report that keeps tabs on the forces and factors effecting fleet, vehicles and remarketing. Just send your name and email address to info@FLDinc.com, and ask to be signed up for the WMMR. And remember, FLD is the risk free way to remarket vehicles and equipment. We’ll give you a quote in hours. Get you paid in a day. And leave you free to move on to more important things faster. To find out more, log on to our website, or give us a call at (800) 754-1522 today.