EVs Are Dangerously Quiet. Here’s What They Could Sound Like 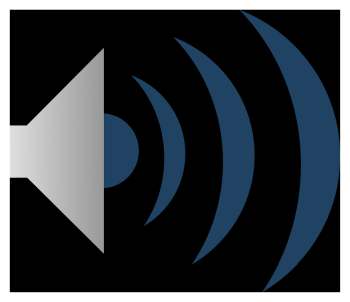 The rumble of a car’s internal combustion engine is so pervasive few people even notice it anymore.

Now consider what cities might sound like in the not-too-distant future when they teem with electric vehicles. The streets will be quiet—too quiet. And that presents a problem.

“Sound helps people be aware of cars,” says Kota Kobayashi, a designer at the studio Ustwo. “There’s a safety element to it.”

They worked with the audio branding agency Man Made Music to develop a range of sounds electric vehicles can emit to warn pedestrians. The project, which is more of an experiment than a practical application of the technology, presents a smart hypothesis for how automakers might make their silent fleet of vehicles safer for drivers and pedestrians alike.

Car companies already give this a lot of thought.

The subtext of the rule is that silence is dangerous. One NHTSA study found that pedestrian accidents are 37 percent more likely in electric vehicles than conventional cars. Still, the law offers little concrete guidance with regard to what kind of noise EVs should make.

Most hybrid and electric vehicles emit a low hiss as they glide down the street. Some feature warning sounds to alert pedestrians to their presence. The Chevrolet Volt, for example, sounds like a rusty, creaking door when it gets too close to an object or person. The Toyota Rav4, emits an incessant digital beep, and the Prius produces a harmonic low hum that increases as it nears a pedestrian.

These warning sounds are built around reactions, but Don Norman, director of the Design Lab at U.C. San Diego and author of The Design of Everyday Things, believes electric vehicle sounds should function similar to break lights and turn signals, conveying the car’s intentionality well before an issue occurs. “Don’t try to tailor your signal to the urgency of a situation because that only works when there’s one car and one person,” he says. “When you have a complex situation, the best thing a vehicle can do is say here I am and here is what I’m doing.”

Apr 2, 2017connieshedron
Register Now For NAFA's Next Webinar: "How to Make Big Data Practical for Your Fleet" Wednesday, April 12!PG&E Joins with the National Safety Council to “Drive Awareness” of the Dangers of Distracted Driving