Europe’s Shift To Electric Cars Picks Up Despite Recession 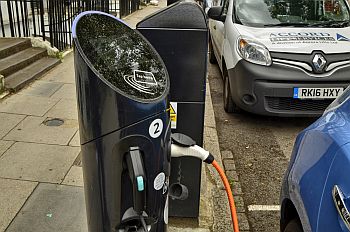 In Europe, sales of battery-powered and hybrid cars have held up better than the overall market amid a deeply painful recession, mainly thanks to the action of governments.

The 27-country European Union is moving ahead with a major shift in transportation as part of the bloc’s efforts against climate change. Under regulatory pressure carmakers are rolling out a slew of new electric models so they can meet tougher limits on greenhouse gases that come into full force next year.

Battery-only models are becoming more affordable, especially as sales are supported by substantial government subsidies. As sales of internal combustion cars have fallen, demand for battery-only cars and hybrids that combine electric motors with conventional engines has been stable or even increased, recent statistics show. By contrast, electric car adoption is moving more slowly in the U.S. due to regulatory uncertainty.