Are Europe’s Roads Getting More Deadly? 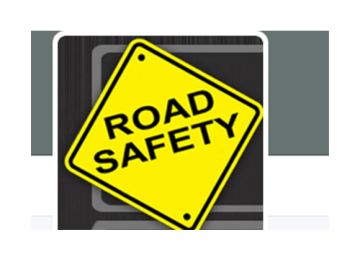 For fleet managers in Europe, as elsewhere, the easy gains in safety performance are over

While Europe’s roads remain among the world’s safest, the latest figures show that the European Union’s goal of cutting traffic fatalities in half by 2020 is at risk of slipping away. Worse, the underlying causes indicate that, as in the United States, traffic fatalities and accidents may be poised for a dramatic increase.

In 2011, the 28-nation European Union, in concert with the United Nations Economic Commission for Europe, formally adopted the goal of halving the E.U.’s motor vehicle deaths from 31,500 in 2010 to just 15,750 by the end of the decade.  Considering that fatalities had been reduced at nearly that rate over the prior 10 years, the goal seemed reachable.

From 54,900 in 2001, over the first decade of the 21st century, E.U. road fatalities declined by 43%, an average of 5.4% year.  A number of factors contributed to the trend, including advances in road design and repair, traffic enforcement and automotive safety technology. But it’s apparent now that another factor made a healthy contribution: fewer people on the road due a slower economy.

While that number by itself may seem statistically insignificant, it’s above the glide path that leads to the E.U.’s goal for 2020.  Were Europe on track, by 2015 the number of fatalities should have been around 22,000, four thousand fewer than were actually killed on E.U. roads in that year. To reach the target now, the numbers have to decrease at an annual rate of around 9.6%, approaching double the rate of the first 10 years of the century.

That’s a lot to pin hopes on, given that in 2015, highway fatalities actually increased in 18 of the 28 E.U. nations. Increases occurred even in some of the largest and safest countries, including Germany and France, up 2% each, and Austria and the Netherlands, both of which witnessed a remarkable one-year increase of 11%.

Is this just a short-term trend, a blip on the way to safer roads, or does it point to something more ominous?  Here’s how the European Commission explains it:

The slowdown [in the rate of decrease in highway fatalities] marking the last three years certainly has some contributing factors. Some of them are evident, based on statistics:  a higher interaction between unprotected and motorised [sic] road users in our cities, and an ever growing number of elderly people in road traffic. Some other causes…are a growing number of vulnerable road users; an increase in traffic during milder winters in Europe; less resources dedicated to road maintenance and vehicles following the economic crises; and last but not least the appearance in road users’ behavior, such as distraction mainly by mobile phones. [Emphasis mine. – MAB]

In the U.S., fingers are pointed squarely at distracted driving for the primary contributor to the stunning 14 percent increase in traffic fatalities in 2015 and 2016 combined, the biggest two-year increase in more than 50 years. The non-governmental National Safety Council estimates that more than 40,000 people died on America’s roads last year, the biggest number since 2007.  Will the 2016 numbers for the E.U. bear any resemblance, given that its economy grew last year and that smartphones are no less popular there than in America?

For fleet managers in Europe, as elsewhere, the easy gains in safety performance are over.  While we all wait to see how effective the new generation of driver-assist crash-prevention technology is, it’s imperative that fleets continue to focus with even greater determination on monitoring and trying to change driver behavior.  The dangers of using mobile devices are well-documented, and history demonstrates that one of the unintended consequences of safer vehicles is that drivers will take greater risk.  Overcoming these challenges will take investments of time, creativity and money, but the potential returns are much, much greater.