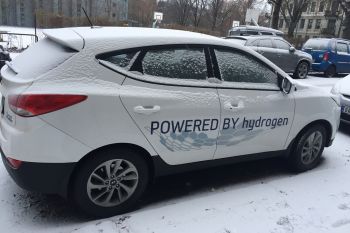 Tesla and its competitors in the battery-powered electric vehicle market dominate debate over who will control the future of cars, but there’s another kind of green transportation technology making inroads in the United States, and it is based on the planet’s most abundant resource.

Hydrogen power has been on the market for years but in an extremely limited capacity and is more established in the commercial market. Consumer hydrogen refueling stations are increasing throughout the world with Toyota being the world’s second-largest automaker and the largest player in the U.S. consumer market for hydrogen fuel cell cars.