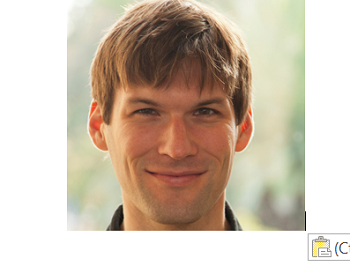 Automated Driving is often touted as the next big thing, even the next really big thing. While it may be a boon to the average commuter, the real benefits would be reaped by fleets.

Imagine the company’s top salesperson zipping along at 80 mph, merrily chatting and texting, setting up new sales calls even on the way to visit an existing account.

Not to worry. She won’t hurt or kill herself, or others, exposing the company to huge liability costs. She may have been habitually in last place when the antiquated drive-behavior teams were in vogue, but now, she’s safely cosseted inside her new automated…..

Time to wake up. It’s just a dream. Even the most wide-eyed optimistic observers and analysts don’t think a scenario like this will be reality any time during the reign of any fleet manager now on the job.

Still, way too little attention has been to what might be called creeping automation — the slow accretion of technological improvements that put us on the path to the automated vehicles that we will surely eventually see in great numbers in the future.

At the recently concluded AFLA conference in Nashville in September, we were fortunate to sit down for a Q&A with Bryant Walker Smith, Assistant Professor of Law at the University of South Carolina. He is also an affiliate scholar at the Center for Internet and Society at Stanford Law School, a faculty affiliate of the Rule of Law Collaborative, chair of the Emerging Technology Law Committee of the Transportation Research Board of the National Academies, and a member of the New York Bar.

While a good deal of his talk at AFLA involved the legal status of the automated vehicles and the effect they might have on how quickly vehicle automation might proceed, we focused on the outlook for adoption of automated driving.

Q: Automated driving seems to be a development far in the future. Why does a busy fleet manager have to pay attention to this uncertain development?

Many people think that automated vehicles are something that just happen at some point. They think they merely have to wait for it to happen and then deal with it. That’s not the reality. Autonomous vehicles will evolve. We’re talking about multiple constituent technologies and applications.

Some of these are available today — the driver assist systems, and the active safety systems, for example. Some may be coming soon, such as platoons for trucks and other vehicles, and some may be further away, until at some point, we will reach a truly, fully, completely driverless car.

But each stage of the path to autonomy presents opportunities that any good fleet manager will want to understand and deploy in his or her fleet.

Q: Can you lay out the fundamentals of these technologies for us?

Automated driving involves a range of different technologies and applications. There are technologies to help the vehicle understand the world.

There are technologies for deciding, for figuring out to make of these systems and then technologies for acting, how best to actually execute what the computer system wants to do on the road. There are mapping and data technologies that allow the system to get a sense of what should be expected on the road by comparing an existing map to the map that it is generating in real-time.

Potentially, there is vehicle-to-vehicle and vehicle-to-infrastructure communication technologies which may complement automation by giving the vehicle a greater sense of what is happening in this area by talking with other vehicles within the infrastructure. There is also a range of technologies that will help vehicles be updated remotely, to be managed and monitored remotely. That could improve safety and could allow concerns of vehicle safety to be addressed more quickly.

All of these are evident in particular applications. So, adaptive cruise control is often described as a convenience feature because it makes highway driving much less stressful. It also has significant potential safety benefits because it has incorporated the ability to stop or dramatically slow the vehicle before striking the vehicle in front. Technologies like this are promising both from a public perspective — the federal government has recently announced in collaboration with several automakers that it will encourage automatic braking.

All these technologies will also be attractive to fleets. If the economics work out, they will reduce crashes, reduce injuries and fatalities and liability for accidents.

Q: How will we get to self-driving cars?

There are two primary routes to fully automated driving, the kind of vehicle that go anywhere and do anything that a human driver can under every condition.

The first is an incremental approach: over time, the capabilities of automated systems are increased, and enhance what a human driver can do, sometimes better than a human.

We have been doing this for years with cruise control, electronic stability control, for example. Adaptive cruise control is a more recent example, as is lane keeping assistance, which is getting more and more capable.

These systems and more like it will either improve the safety of the vehicle or make it more convenient to drive. As these systems do more, the human will eventually need to do less; eventually we will reach a point where automated vehicles are truly driving all of the time.

Somewhere along this automation curve, the human is still driving, and an automated system is doing some of the tasks of driving, things can get really complicated. Humans get distracted and don’t do everything they are supposed to, and the automated system says, in effect, “Help. I need you to start driving.”

So, the second route is to cut the driver out entirely and have a purely driverless system. But as we know, because of technological limitations, automated systems can’t do everything, everywhere yet. So, their use will be limited to certain circumstances: Particular geography; areas; lanes; weather conditions; and traffic conditions among others. As these systems get more capable they will expand to more cities, more weather conditions, more environments until eventually they are in corporate in truly, fully automated vehicles.

Q: Everyone — well almost everyone — can see the benefits of these technologies, but what about the liabilities? To get particular, how will that affect the fleet manager?

Fleet managers today need to confront the question of liability with respect to their existing operations. Depending on the kind of fleet and particular laws there are issues of liability, of negligence, and of negligent entrustment.

These concerns today are principally focused on the human drivers of these systems. Now, there will be liability in the future as well, generally focused on failures in the automated system. From a fleet manager’s perspective in some ways you are replacing the liability of human errors with liability due to machine errors. That means different things for the specifics of liability.

If that liability can be understood then it can also be priced and managed and ultimately passed on to the responsible parties. The hope is that automated vehicles will be significantly safer than human-driven vehicles because today human error is an explanation at least in part for more than 90 percent of crashes.

Removing those causes of human error could make driving much safer. Distraction, drunk driving, texting or talking, speeding, going too fast for conditions could all be minimized or eliminated. The hope is that automation will reduce crashes so that the strictly vehicle-related reason for crashes will be a greater share of the total number of crashes, but the number of crashes will be lower, essentially a bigger slice of a smaller pie with savings of life and property.

The first thing is to make systems as safe as possible because reducing crashes reduces the magnitude of the problem and even before liability is distributed makes that liability more manageable.

The second step is to understand as best as possible what that liability actually will be. How well these vehicles will perform, how well they should perform, what methods of verification and demonstration should be used to show that performance, etc. When those performance issues are understood then the potential liability is again more concrete and hence more manageable.

When it comes to actually distributing the liability, that will be largely a questions for courts and contracts. That is, what various players did play a role in causing the crash? Was it a manufacturer for failing to design this system properly? Was it a manager for failing to properly train the users in how to use a mixed automation system or was it a data provider for providing inadequate or incorrect data for the operation? Was it the user for not properly supervising the vehicle?

Each of these will be legal arguments and they ultimately will be sorted out based on the facts of the cases, the particular contracts and agreements involved and the broader social sense of how these vehicles should be embraced by society. If automated vehicles are seen as a “net good” then questions of liability, legal issues will be resolved very differently than if automated vehicles are seen generally as a bad or a scary thing.

Q: Sorry to be pessimistic, but many of these possibilities do seem scary.

The economic opportunities these technologies represent is huge. There has been concern for decades that liability would preclude innovation. Ten or fifteen years ago perhaps someone could have made that argument with respect to automated vehicle technology because the R&D was very much in its infancy. The reality is, though, that whatever concerns existed about liability has not deterred the significant investment that has taken place and so now the industry is nearing not research but actual development and deployment, commercialization of these technologies.

There will be companies that say: we have done a good faith analysis. We have not eliminated uncertainty, but we have come up with what is for us a compelling business case. We want to be first, we want this to be our identity and we are going to do it.

The economic arguments will depend in large part upon data. What can be shown about the safety of these systems? And in some part on particular managers who are willing to take a chance and say: “this is a safety improvement. It will help people and through that I expect that it will help my company.”

Insurers are very interested in understanding how each of these specific technologies and each particular manufacturer’s execution of those technologies actually does affect crash rates and loss rates. For some of the technologies, there is convincing evidence that safety is in fact significantly increased to the point that a case for a return of investment can be made compellingly. For other technologies that it is still more speculative but there is reason to think that the potential is there.

Oct 26, 2015Janice
To Connect or Not to Connect? Federal Regulators Disagree Over New Car TechUsability Testing – Get It Right Before You Release