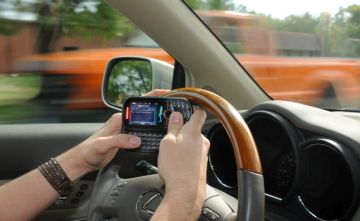 Drivers fidget with electronics and take both hands off the wheel more often as they develop trust in automated systems, new research from the Insurance Institute for Highway Safety and the Massachusetts Institute of Technology’s AgeLab shows.

To investigate how experience with automation affects driver disengagement, the researchers studied the driving behavior of 20 Massachusetts-based volunteers over a month’s time as they gained familiarity with advanced driver assistance features, examining how often they removed both hands from the steering wheel or took their attention away from the road to do things like use their cell phone or adjust the controls on the vehicle’s console.

It probably won’t surprise you to learn that after the month was over, all participants were more likely to exhibit habits of “disengagement” compared with their driving of a vehicle without assistance technology. “Crash investigators have identified driver disengagement as a major factor in every probe of fatal crashes involving partial automation we’ve seen,” says IIHS Senior Research Scientist Ian Reagan