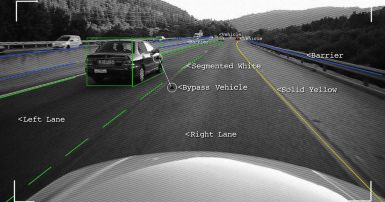 About three years ago, the chip giant Intel seemed like a bystander in Silicon Valley’s race to develop self-driving cars.

Google was zooming ahead, producing and testing autonomous cars of its own design and racking up millions of miles in test drives. Uber, the ride-hailing service, was close behind. Tesla introduced its Autopilot feature to its electric cars, using technology from the Israeli firm Mobileye.

Even in microchips, its strength, Intel was scrambling to catch up to its rival Nvidia, whose superfast processors were attracting automakers because of their ability to fuse images from the cameras and radar sensors to detect obstacles.

But Intel is betting that it can reshape the competitive landscape with its acquisition of Mobileye, which makes cameras, sensors and software that enable cars to detect what is ahead. With the $15.3 billion deal, which closed Tuesday, Intel gains instant credibility because Mobileye already supplies technology to most major automakers and is a leader in areas like digital mapping and sensors.