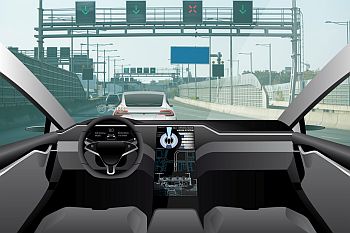 While it’s a “near-certainty” that vehicles will be capable of high levels of semi-autonomy within the next 10 years, there’s doubt among experts that they’ll ever be able to drive themselves at all times. The reason? Computers may never be capable of human-like judgment and intuition.

“’There are basically two camps,” says robotics engineer and former Navy fighter pilot Missy Cummings, director of Duke University’s Humans and Autonomy Lab. “First are those who understand that full autonomy is not really achievable on any large scale, but are pretending they are still in the game to keep investors happy. Second are those who are in denial and really believe it is going to happen. When you also consider that not everyone is a techie and loves the bells and whistles of advanced systems, I think the automotive industry is in for some tough times ahead.”

“Questions remain about whether [autonomous] systems will function in all possible conditions…such as snow-covered road markings, flooded roads during rainstorms or emergency crews gesturing to drivers with hand signals. Going further, will the cars be able to develop a sixth sense about vehicle or pedestrian intentions, or draw conclusions from seeming disparate details – a wind storm and a precariously leaning tree, for example – that astute drivers would instinctively avoid?”

Read the article at Robb Report.