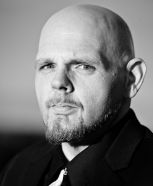 NAFA Fleet Management Association announced that Donald W. Dunphy has been promoted to the position of Communications Manager/Editor. Don joined the staff of the Association in April 2011, and had been Communications Assistant during this period.

“Don came to NAFA with a much different writing background than the fleet industry, affording the Association an inquisitive and unique perspective from which NAFA has benefited over the past three years,” said NAFA Chief Executive Officer Phillip E. Russo, CAE. “He’s asking the questions not necessarily as a fleet insider, but as a reporter, so he goes after angles others might miss.”

In this new position of Communications Manager/Editor, Dunphy will manage NAFA’s multiple communication avenues, including FLEETSolutions, the official Association magazine; NAFAConnection, Legislative Updates, and Affiliates News Bulletin digital newsletters; and the annual Membership Directory, among other membership publications. Dunphy will continue to assist with the Association’s social media platforms, websites, and various public relations and media outreach functions, such as the Beyond Fleet campaign, to keep NAFA’s press partnerships active and strong.

“It’s a big deal to be asked to step up like this,” Dunphy said. “I am following accomplished professionals who have made it a mandate that our communications stand toe-to-toe with everything that is commercially available to fleet professionals. What we produce must be of the quality level that a fleet professional would go out and buy, were they not receiving them as benefits of NAFA membership.”

“NAFA is fully confident that Don is going to drive the Association’s media to tremendous new levels, and we’re thrilled he has accepted this new challenge,” said Russo.