Distracted Driving Collisions: Is Your Fleet Doing Enough to Prevent Them? 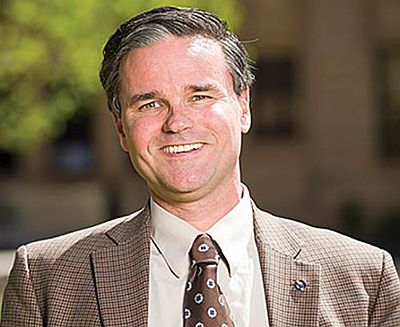 As long as crashes happen, juries will want to know what a company has done to prevent them.

In May 2019, a jury awarded a plaintiff $15 million in a case in which a truck driver, talking on his cell phone, failed to stop for stationary traffic, critically injuring a driver who had stopped. As an expert on the case who was asked to testify on the company’s lack of an effective cell phone policy, I can say that one reason the jury was compelled to find in favor of the stopped driver was that the delivery company was taking no significant actions to prevent the crash, other than telling drivers in their welcome packet to not use their phones.

I wrote “…there appears to be no evidence that (the delivery company) took adequate steps necessary to prevent (their driver’s) behavior despite knowledge of the risks of phone use of any kind by its drivers and clear evidence available to fleet safety professionals that fleets with strict cell phone policies have fewer crashes.” The company had no training around their policy, no monitoring or enforcement related to the policy, and knew drivers were using phones while driving, perhaps because calls were made to drivers while they were on the road.

As I say in my talks on the subject, cell phones are designed by smart folks to make them enjoyable to use. What bored driver on a long haul can ignore everything the internet can bring them when it is at the tip of their fingers? And once a driver succumbs to temptation, the devices are almost impossible to ignore. A simple conversation can take a driver’s mind off of the roadway sufficiently to make them miss stopped traffic, and there are many more engaging things drivers do with their devices.

Given the allure of the phones, the only defense is a strong policy. A strong policy must completely ban the devices. That is less of a challenge in this day and age when phones can be put in drive mode allowing for music or maps. And the ability for a white-listed caller, such as a dispatcher, to have a call come through if they are willing to call twice in short succession permits a driver to know the call is important and they need to pull over to take it or call back. And managers need to make sure to follow the policy, too.

The ban must come with education and cover all employees. Drivers need to understand the risk of the behavior, with real examples of what can happen, such as the crash described above. Companies must monitor for employees who fail to follow the ban. That can be as easy as checking phone records when there is a crash, as easy as a phone-based telematics and monitoring system and as thorough as in-car camera systems.

One Fortune 100 company I have worked with saw their crashes decline by 72% below the industry average when they followed these rules. But it took time for employees to understand the rules and that the company was serious about enforcing them. When I last checked, their stock was up, and they were doing well. The only thing that was down was crashes.

As long as crashes happen, juries will want to know what a company has done to prevent them. And companies that don’t have a good answer will rightfully be seen as putting the driving public at risk and placing themselves, and their employees at risk.

eDriving’s Brain Scientist Advisor Paul Atchley, PhD, is the University of South Florida’s Senior Associate Vice President and Dean of Undergraduate Studies. As a Professor of Psychology, he specializes in research in cognitive factors, including the implications of multitasking on driving.