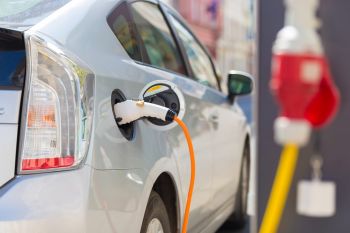 Mayor Michael Hancock announced at the annual Sustainable Denver Summit that the city will start replacing some of its old, fossil-fueled government vehicles with electric ones as they go out of commission.

By starting the transition now, city officials are working to develop the infrastructure necessary to support as many electric vehicles as possible in the future. Getting a charger installed in a city building takes about a year, so with this new policy, agencies will have time to prepare.

“The goal is to go 100 percent electric eventually,” Mike Salisbury, who is in charge of the EV program said. “So we are trying to get on that path and do what we can to get infrastructure everywhere.”
The new commitment could result in as many as 850 city vehicles going electric by 2029.

Read the article at Denverite.